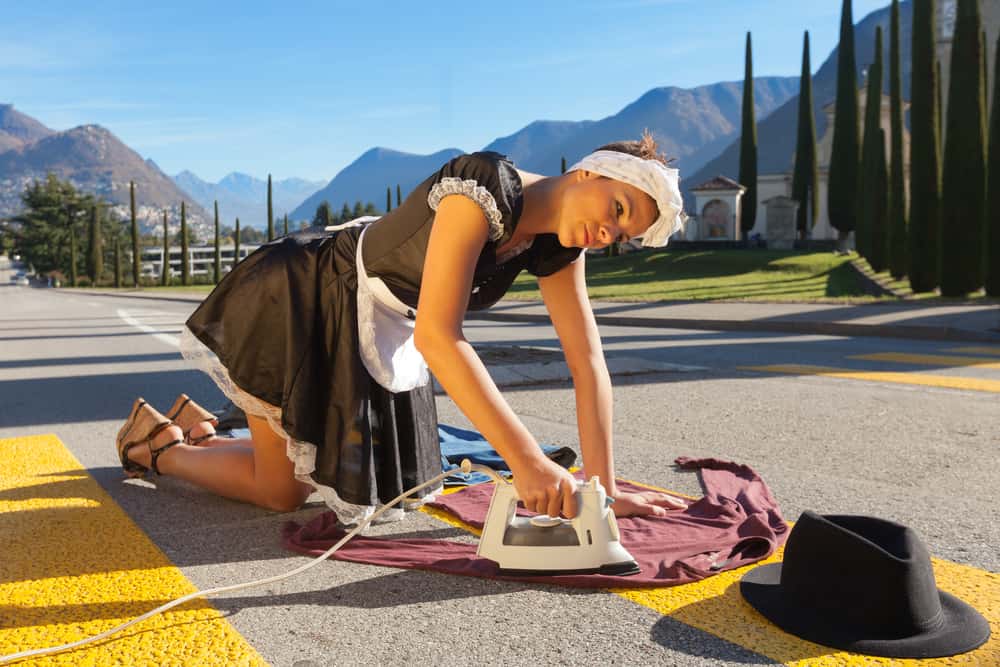 Don’t you think it’s high time you picked up a new hobby? Well if you’re looking for something to really get your juices and adrenaline flowing, then how about “extreme ironing”? If that’s too much of a mouthful, then you can just say “EI” – that’s what the cool kids are calling it. So what exactly is this sport, and how did it come into existence?

Some of you might be sweating at the thought of turning iron into a hobby, so before you hit the floor flatter than an ironing board (get it?), let’s understand what this ‘sport’ is. In order to participate, you must have an iron, an ironing board, an item to iron, aaaand an extreme location in order to do the deed. Some competitors have climbed cliff-edges, dived to the dizzying depths of the ocean, jumped out of airplanes and even kite-surfed, all while keeping their eyes on the prize – pressing a creased item of clothing.

You might already be planning your first shot at extreme ironing – the lion enclosure at the zoo? The roof of a cab? Or perhaps you’re looking for a more politically-charged attempt, like the lawn of the White House after jumping the fence? Before you get your equipment ready for the big iron, make sure that your iron is hot. The rules do state that the iron must be hot. After all, how else are you going to get that creased shirt smoother than Matthew McConaughey’s pick-up lines?

How long has this sport been around? There are different claims, but the first one comes from Tony Hiam in 1980. He claimed that his brother-in-law would always iron his clothing, even when they went camping! Another claim comes from 1997 when Phil Shaw, a factory worker, had returned home after a hard day at the factory but still had chores to complete. He combined both the outdoors and the chores and created an activity like no other.

Since the globalization of the sport, many different records have been broken. Two exemplary examples of pushing the limits go to the following people: In 2003, John Roberts and Ben Gibbons ironed on Mount Everest! Hardly the location you need a well-pressed shirt, unless you’re going to meet your maker, that is. The second notable achievement was by tenor Jason Blair. He pounced on the opportunity to iron on a section of the M1 Motorway in the United Kingdom after a section had been cordoned off due to a fire. Talk about striking when the iron is hot!

While I’d love to tell you not to try these things at home, chances are that you probably won’t. This sport (whose classification is still disputed) still has much room for improvement. Some ironists (yep, they have a name) think of bungee-ironing as the ultimate experience. Would you be willing to try any of these out?