Temperatures drop to freezing lows. Days shorten rapidly and nights stretch infinitely. It’s winter and all we’d like to do is curl up in a blanket with a cup of hot chocolate. But for the athletes of the Winter Olympics, it was time to shine. In February 2018, the Winter Olympic Games were held in South Korea’s very small city of PyeongChang. This year it was vastly different from previous years, and here’s why. 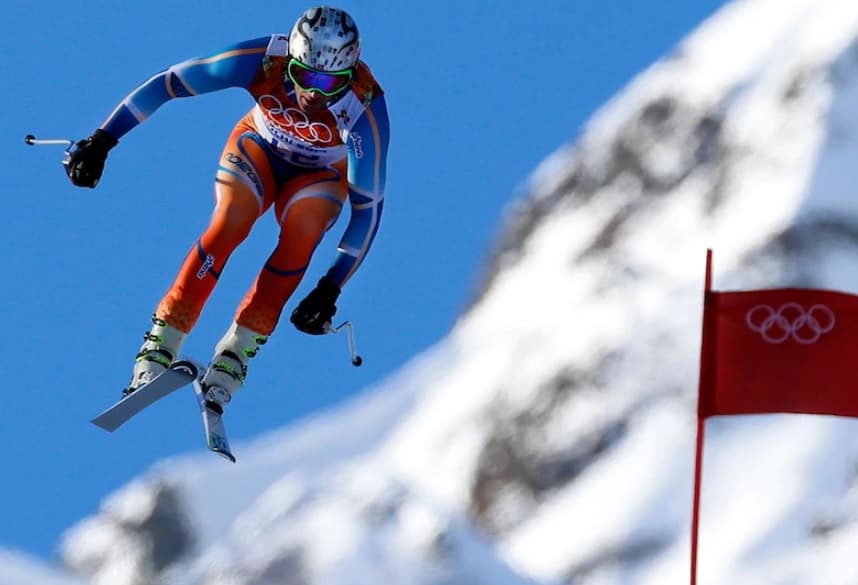 This is not the first time South Korea is hosting an Olympic event. In 1988 Seoul had the opportunity to host the Summer Olympics, but this time is different. PyeongChang bid to be the hosts of the Winter Olympics on two other occasions in 2010 and 2014 but didn’t make it. The small city’s 2018 bid trumped the likes of other major countries like Germany and France. PyeongChang also happens to be the smallest city to host the Winter Olympics since 1994. At this year’s event, there are some new and exciting participants who are making history just by competing.

His name is Brolin Mawejje and he’s 24 years old. Born in Uganda, his mother left him when he was just 3 years old to live in the United States. When Mawejje was 12 years old she came back to get him and returned to America. He started snowboarding with some friends who saw how quickly he picked up the sport. “By the third day, he had it all down and was asking about jumps. I’ve never seen anyone take to it from scratch so quickly before.” Today he is preparing to represent his home country, Uganda, at the Winter Olympics. He is the first Ugandan Olympic snowboarder.

It was 30 years ago that Jamaica stunned everyone with their bobsled team. But now it’s Nigeria’s turn to surprise the world with their first ever women’s bobsled team. An African country sending an all-female team to compete in the Winter Olympics seems rather out of place, no? The team themselves have been overcome with excitement and disbelief. “We are from a continent that would never imagine sliding down ice at 80 or 90 miles per hour,” said driver Seun Adigun, “I find the idea of getting people to take to that inspiring in itself.” 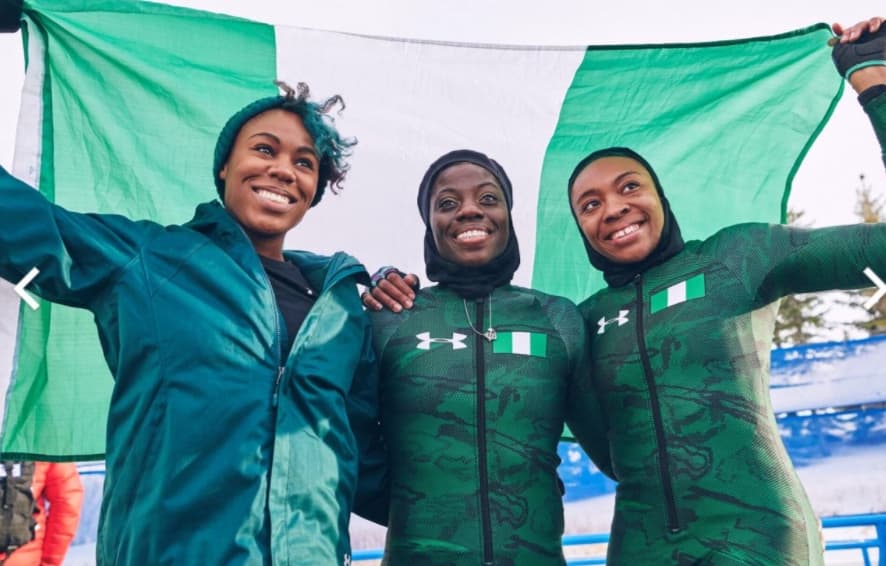 As if the surprises weren’t plentiful already, war-torn Afghanistan is sending two athletes to compete in the Winter Olympics. This is the first time they will have ever sent athletes to the Winter Games. The skiers, Sayed Alishah Farhang and Sajjad Husaini, are both thrilled to have qualified to take part in the competition. They believe that it is an opportunity to show the world a different image of their country. “We want to show a positive picture of Afghanistan to the world,” Farhang told reporters.

With less than a month to go until the start of the 2018 Winter Olympic Games, North and South Korea have made a decision that has turned many heads. North Korea had missed the deadline date to enter athletes into the Olympic Games, but South Korea granted them a second chance. In January 2018, the two governments convened talks for the first time since 2015. North Korea will send athletes to compete and one of their most famous pop stars to perform at the games. At the opening ceremony, both Korea’s will march under the Korean Unification Flag which was first introduced in 1990. The goal of the flag is for both nations to compete together as “one nation”. Their united participation will only be for one event though – the women’s hockey competition. 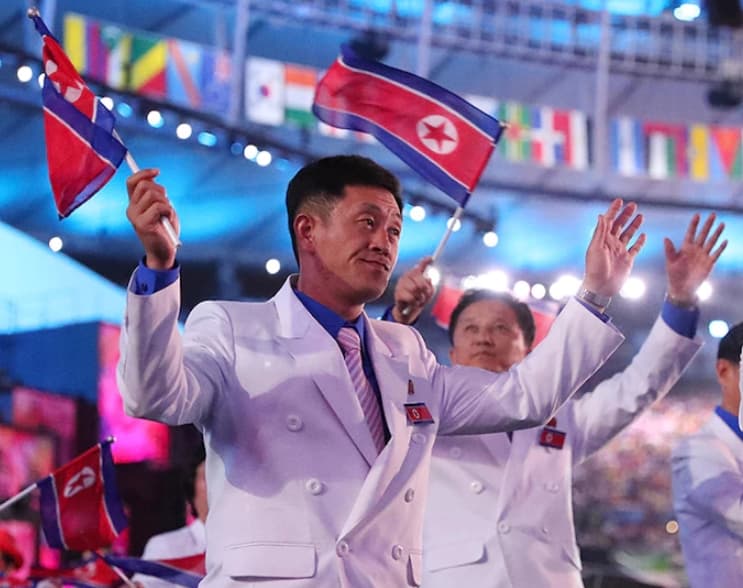 Is It For Real?

Despite critics seeing this as an opportunity for North Korea’s dictator, Kim Jong-un, to use propaganda in his favor, the Games will go on. If there was ever a time when sports proved to bring peace, perhaps this could be it. With the 2018 PyeongChang Winter Games less than a month away, we can only wait and see. 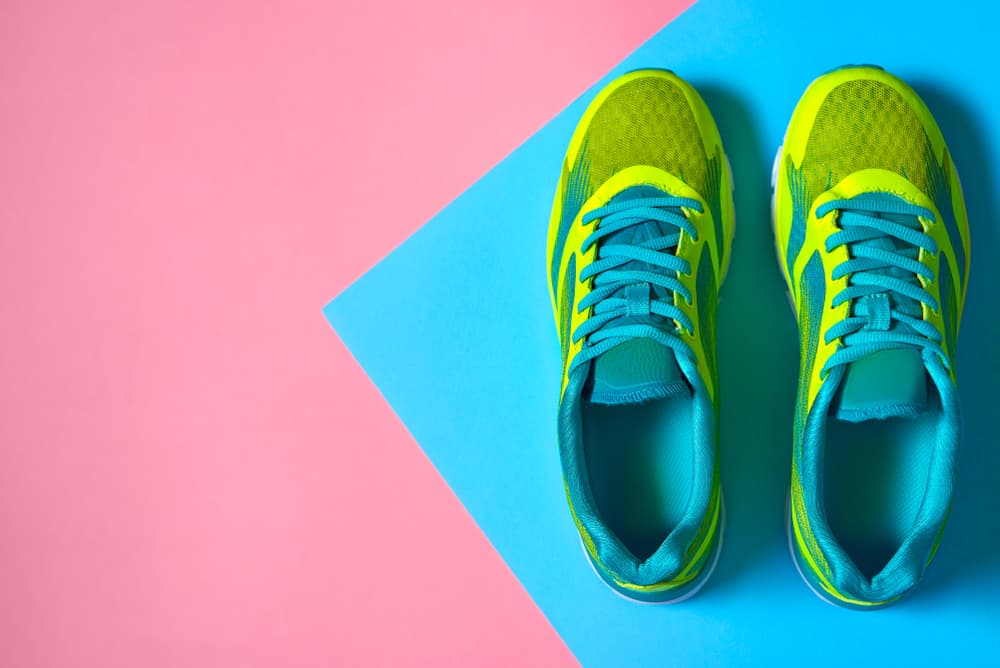 9 Players Who Made The England Squad, But Never Played

After been called up for England duty for the first time, Kyle Walker-Peters, Marc Guehi, and Tyrick Mitchell could live out their boyhood aspirations in the…

Can You Guess The Ages Of These Celebrities?

Most of us have never experienced a kind life. We may remember these celebrities from when they first appeared on television, but they also face challenges…

Can You Guess The Ages Of These Celebrities?