Human beings are naturally competitive and we find new and creative ways to compete all of the time. Just look at game shows, professional sports, modeling competitions, cooking shows and so on. People love to win. Of course we are familiar with all of these relatively common games so today we are going to take a trip around the globe. Today we want to introduce you to 12 of the world’s wackiest sports!

We are going to kick off our list of crazy sports with a competition that could only have been invented in jest: extreme ironing. Of course Extreme Ironing has its own management group, the Extreme Ironing Bureau, and of course they have competitions all over the globe. Why, any time you think of a new way to iron your clothing you have the concept for a new challenge or a new challenger to the old leaders. Extreme Ironing is no joke of a sport (not completely, anyway) and it is covered pretty extensively all throughout Britain. To this date there hasn’t been any cross over appeal in the North American market but we’re holding our breath. 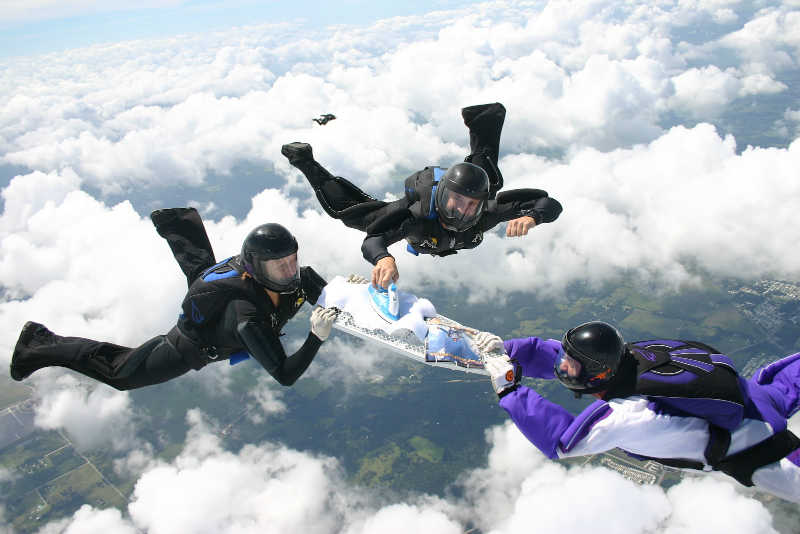 What was once considered part of being a ‘man’ when we were all ‘Cave Men’ has now become a competitive sport because, well, why not. Wife Carrying is an actual competitive sport htat mixes strength and endurance with the good fortune of having married a small woman. The Wife Carrying World Championship has been held in Finland every year since 1992 and it doesn’t seem like it will be slowing down any time soon. There is a surprising amount of strategy involved in this ‘sport’ and we’re not quite sure how it’s been so thoroughly thought out. If you don’t want to compete professionally then use the game as a quick weight loss tool and play around the house! 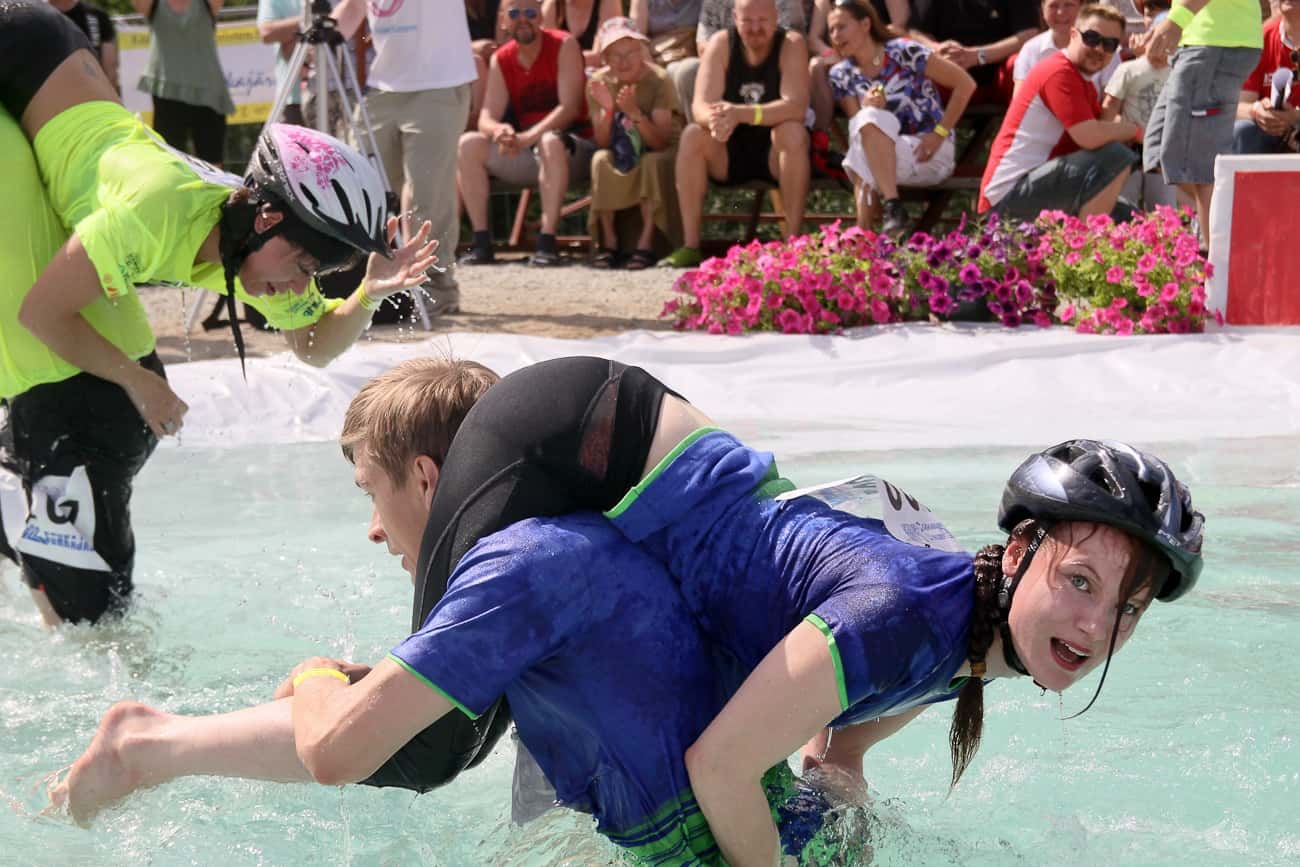 Totally not a typo, cheese rolling is a sport. Loads of people in United Kingdom get together in the country side and then roll a wheel of cheese down that hill and run after it at full speed. Yes, people do get hurt and yeah, it would be awesome to participate. I just hope the prize isn’t the cheese you were rolling. 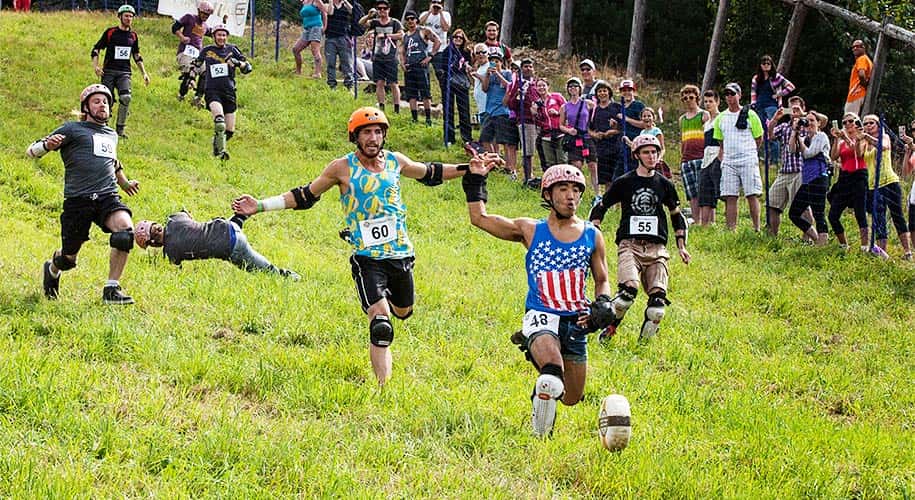 Never trust a Russian game to be normal and definitely don’t take your family out to see this game in action. Sex Doll Rafting was implemented in Russia, probably during a night of rampant drunkeness, and it has caught on with some huge popularity. Dmitry Bulawinov came up with the idea of the game and he can be blamed for the hundreds of people who flood the rivers with inflatable sex dolls in order to compete in the “Bubble Baba Challenge”. 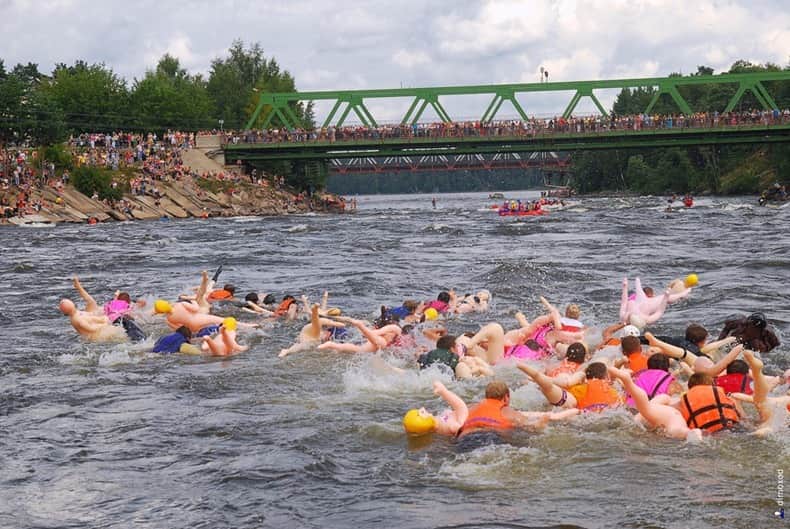 At first glance Jai Alai seems like a sport that Wes Anderson would throw in the background of one of his deliciously ironic, hip films. Jai Alai is, at its core, all about hurling a bouncy ball at wall and catching it with a curved racket. The game got its start in Spain, thanks to the Basque Government, but it quickly began to spread all throughout the region. The game of Jai Alai features ball speeds nearing 200 MPH and as a result there is very real danger to be aware of. Injuries are common though fans of the sport are, sadly, not. 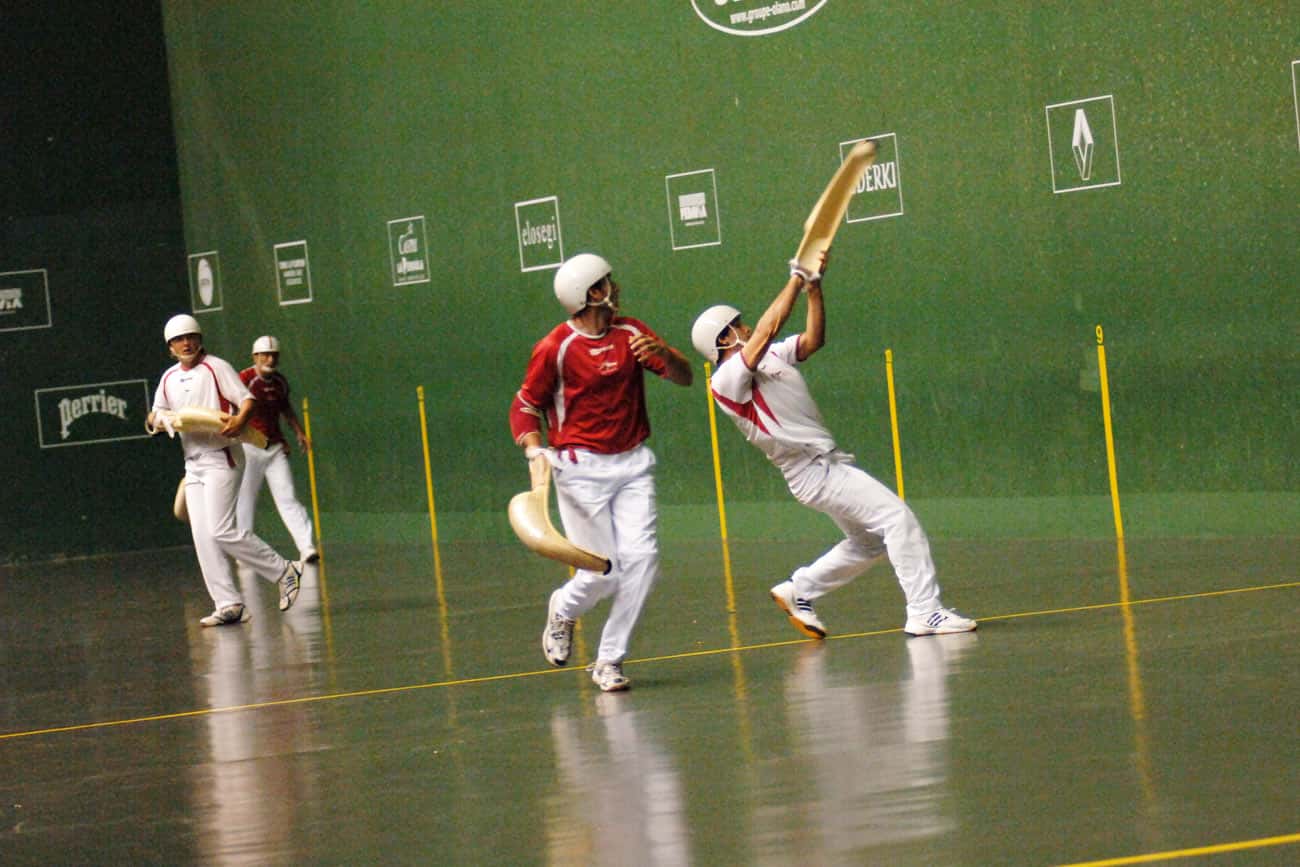 So you have a need for speed, eh? But don’t want the same risks and fame that NASCAR has to offer. Well here’s the solution, friends! Put some wheels on a toilet and race it against other people. Cause that seems to be a thing now. 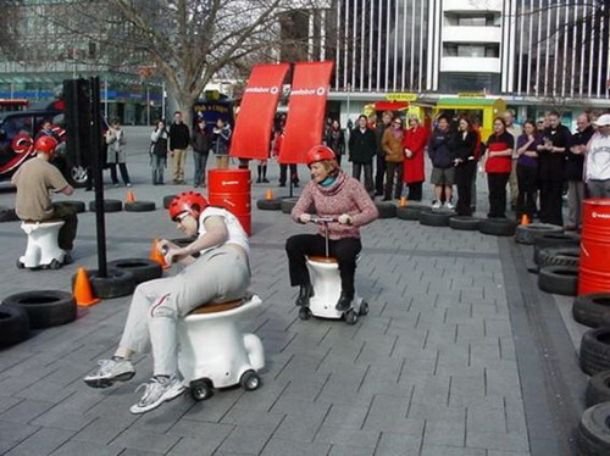 We love snorkeling and hate dirty bogs so it only makes sense that there is a sport combining the two. Bog Snorkeling is as simple as its name implies. The game was created back in 1976 in Wales and it features athletes swimming through trenches filled with water, carved through a bog. The big twist on this game is that swimmers are not allowed to use any traditional swimming techniques as they must rely only on the power of their flippers. 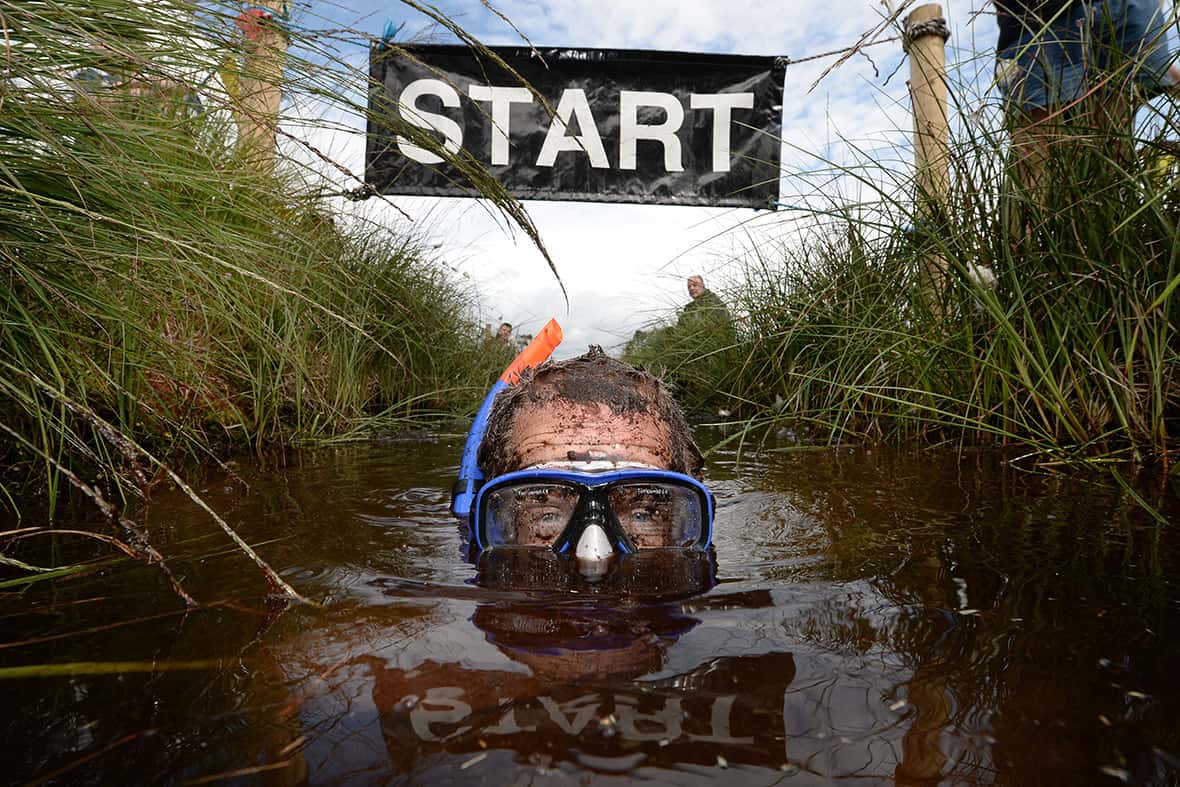 Now here’s an interesting combination of different sports, just rolled into one super fun activity. Bossabal is a mix of soccer, volleyball, and gymnastics. So it’s set up like a volleyball court, but it’s played on a trampoline/moon walker unit, also the players use their feet as well as their hands. The game started off in Belgium before it made its way over to America. Interesting. You know you want to give it a go! 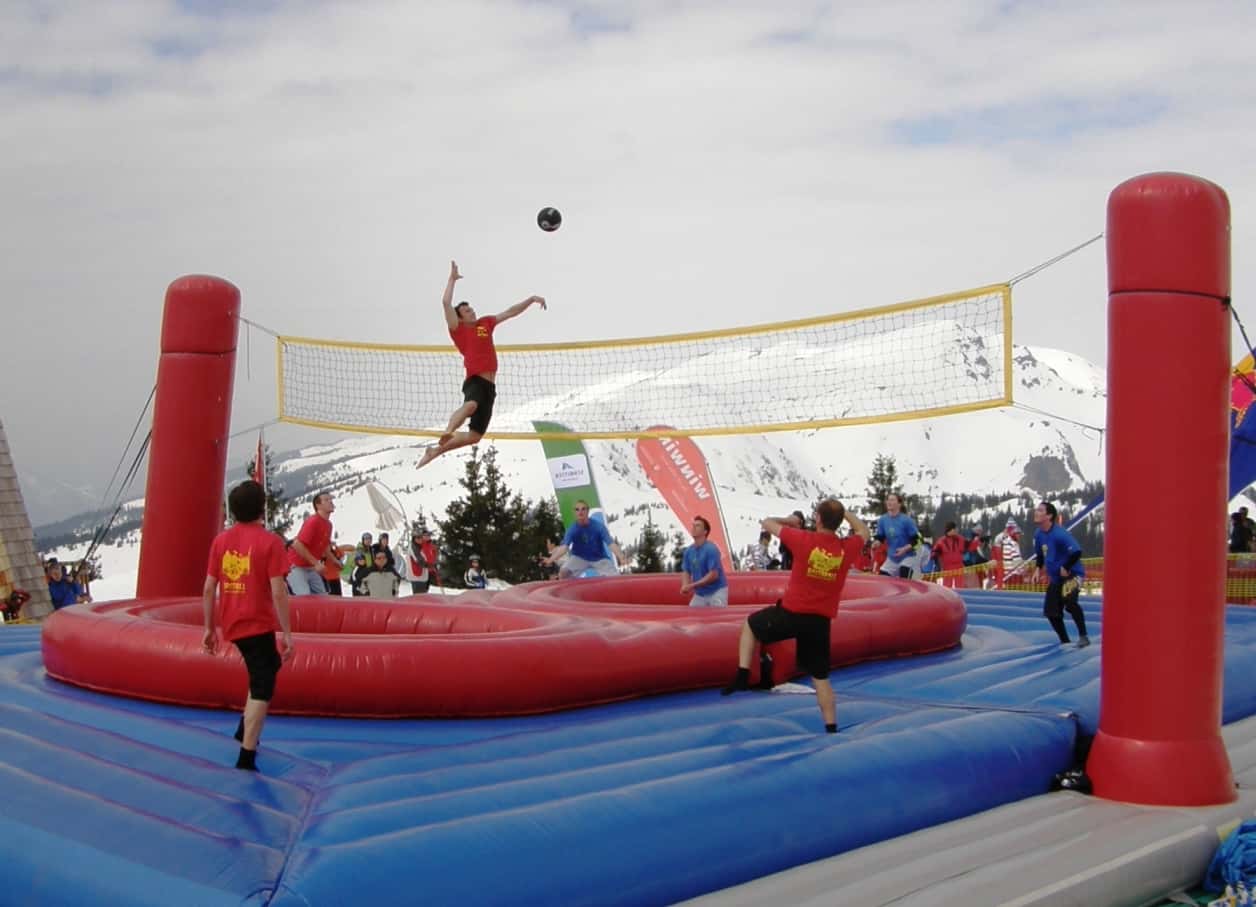 Do you have Jason Statham’s body and Stephen Hawking’s brain? If so, Chess Boxing might be worth checking out. Chess Boxing is literally what it sounds like. Two players sit across from one another and play a full game of chess, split up into 11 rounds of four minutes. Players start the game of chess by making their moves, then the board is taken away and the two players box for a four minute round. This continues for an exhausting 11 rounds. 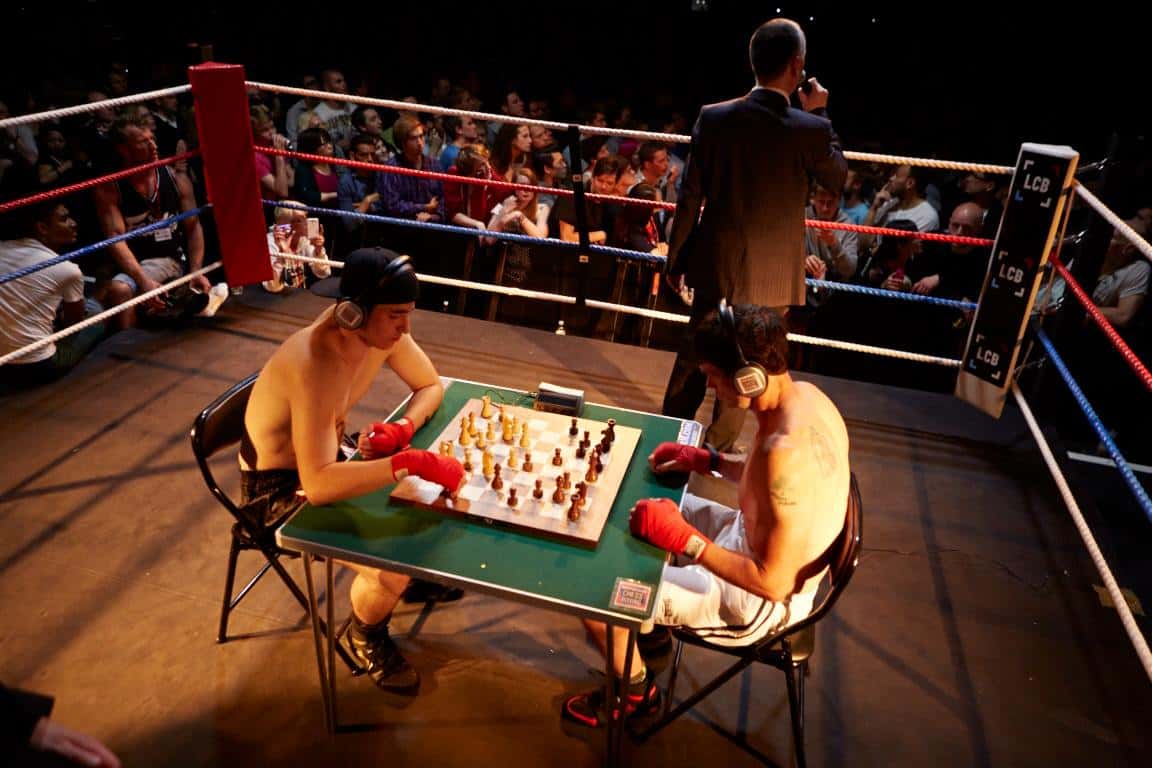 Sometimes the best sports are made up by some drunk friends in a bar, which is exactly how toe wrestling started. Four drinkers in a pub in Wetton, U.K. in 1974 came up with the idea. The rules say that the players must link toes and each player’s foot must touch flat on the other person’s foot. The opponents then proceed to attempt to pin (capture or trap) the other’s foot for three seconds while avoiding the same. There are 3 rounds played on a best 2 out of 3 basis. 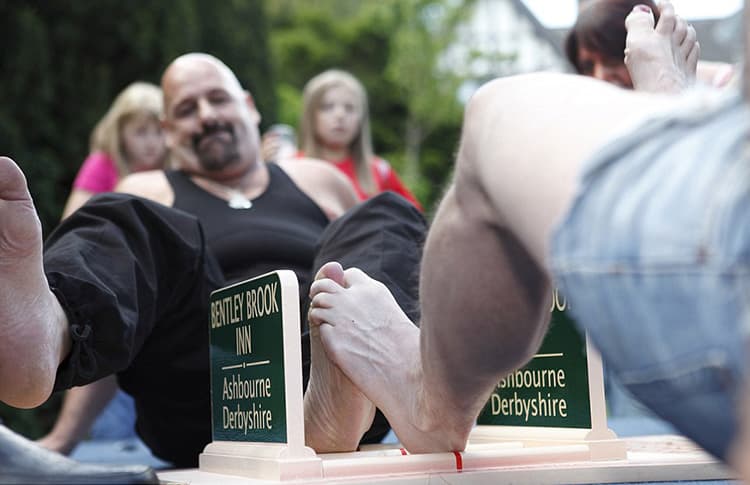 I really don’t know what to think about this, all I can say is, uhh no. This sport is held annually in East Dublin, Georgia. The origin story is pretty cool, so the sport started in as a charity in fact and a spoof of the Summer Olympics. The very first games actually attracted around 5,000 people which was over the twice the population of East Dublin. Huh. 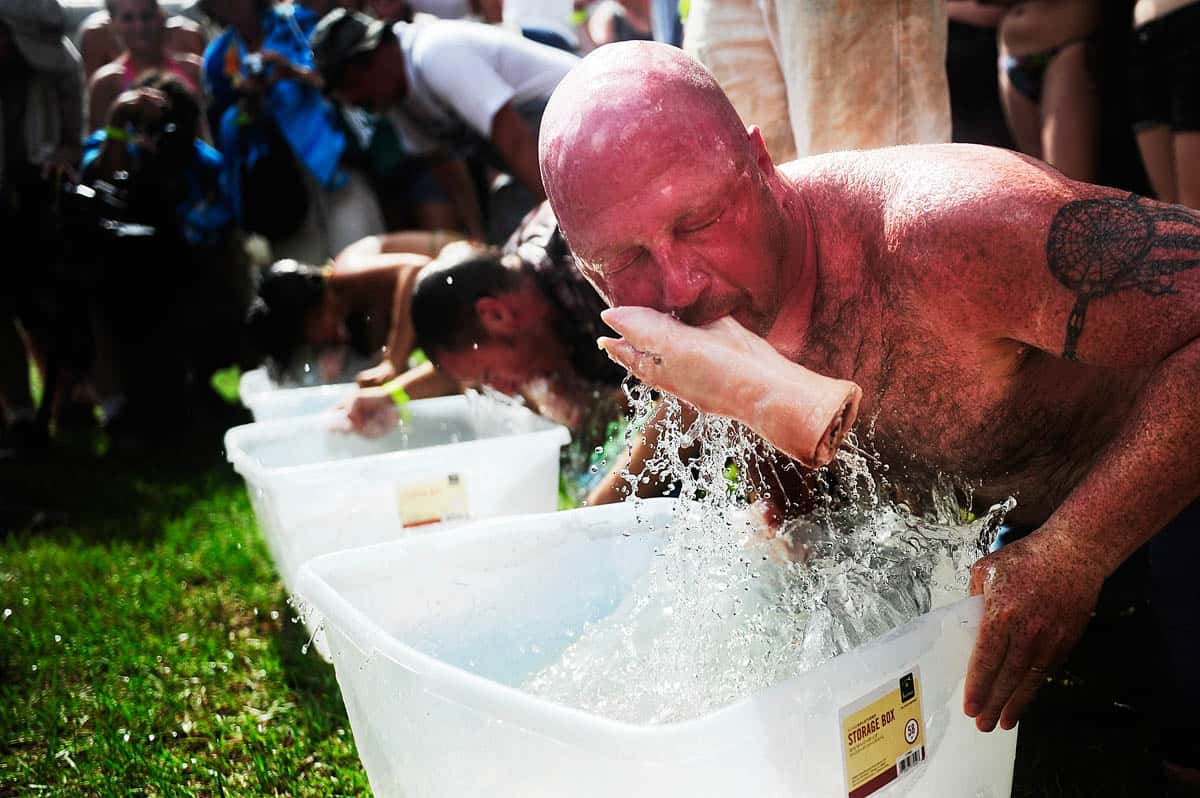 Now we are starting to get into the realm of truly bizarre. Octopush is a neat twist on the game of hockey in that it places all of the players underwater. Octopush has two competing teams fight against one another to move their puck through the goal of their opponent. The twist here is that the game is slowed down and trips for air are common and must be part of your strategy. What you end up with is an odd, and at times hard to watch, game that will make most fans passively hold their breath. If you are looking for lose weight programs then this game is perfect, swimming is one of the most complete workouts that there is. 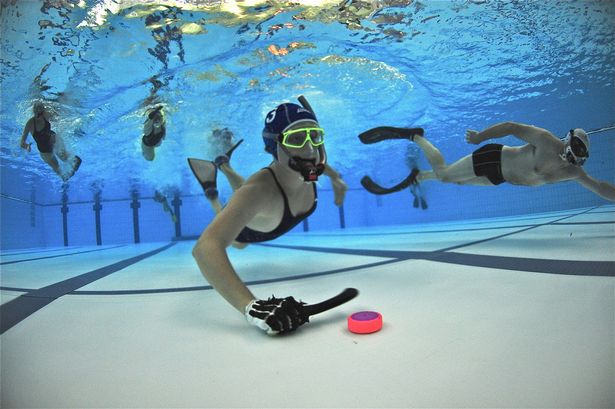 This sport probably leads to more broken ankles than a Steph Curry mix tape. High Heel Racing has been held in cities all over the globe including Moscow, Amsterdam, Paris and Sydney. This game is done by having all competitors wear high heels of at least 2.8 inches in length. The races are typically short, around 260 feet, and consist of lots of people falling and more than one or two people spraining their ankle. Is this sport safe? Absolutely not. Is this sport an indicator of some sort of athletic or academic prowess? Nope. Is it fun to watch? Absolutely. Keep on racing, people. 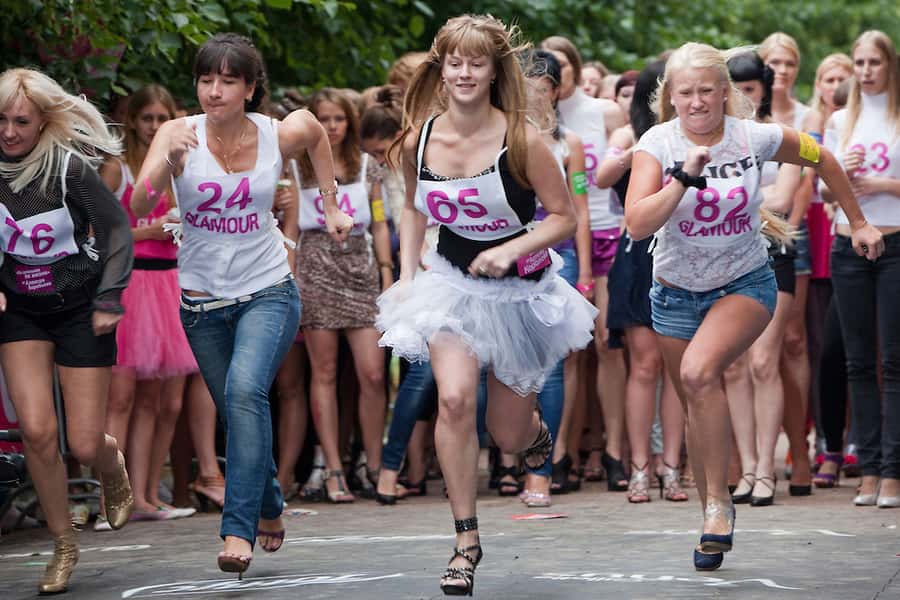 This one sounds made up, huh? Well it isn’t. Seriously. There are countless competitions in pig grunting imitation. The Pig Grunting World Championship and Agricultural show held annually in Paris are among the most popular ones. 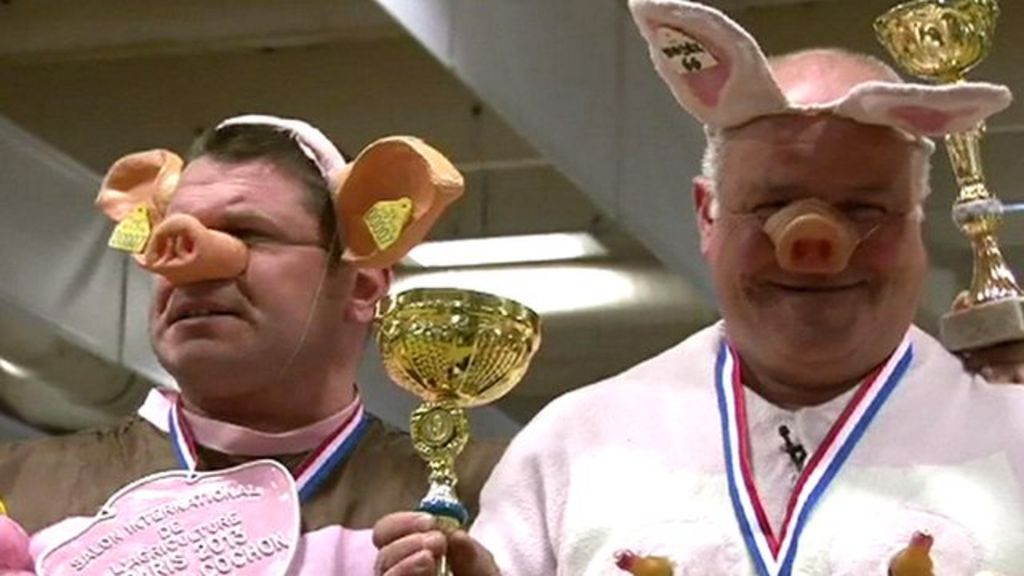 The Tunarama Festival in Port Lincoln, Australia brings us this fun riff off of the ‘shot put’ game. Tuna tossing involves athletes hurling a tuna as far as they possibly can during the competitions. Don’t worry guys and girls, the festival no longer uses real tuna for their games due to the fact that tuna populations are on a sort of rapid decline. Sometimes you can find the wackiest sports in these out of the way places with their own different culture. 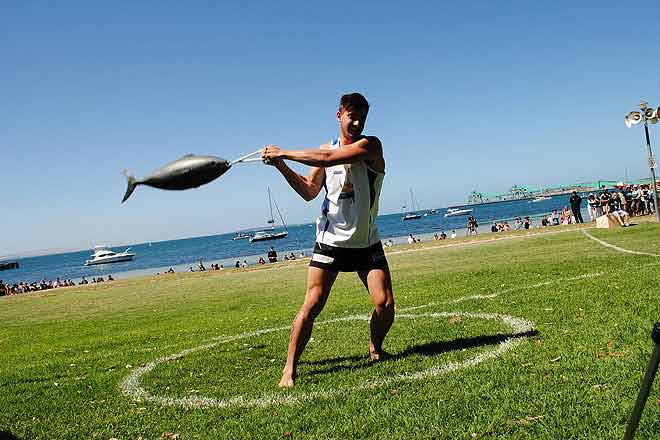 No, this isn’t just for college students surprisingly. This is actually an annual sport event called “Wonder Week” in Opava, Czech Republic. Other disciplines include olive spitting, beer relay or egg throw and catch. The 41st year of the event was held in 2014. 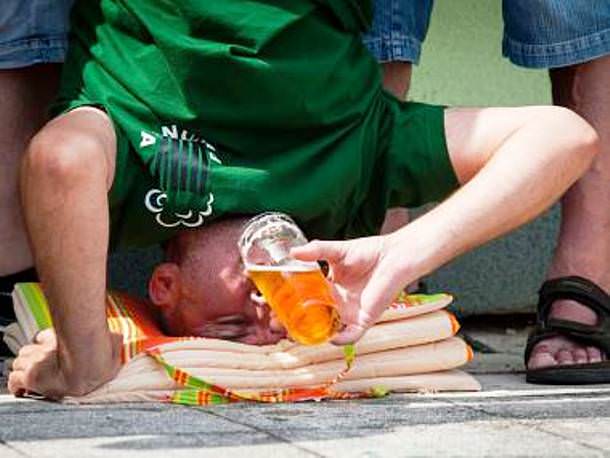 Hurling is the Irish version of the game of lacrosse only with fewer rules and way more injuries. In Hurling you’ll have players wielding four foot long rackets which they use to hurl balls at speeds over 100 MPH. Most players of hurling refuse to wear helmets and as a result concussions are all too common. Hurling doesn’t sound very glamorous and we have to say it’s true: this game is dangerous and reckless and you are probably better off looking for something else to play if you ever get the chance to head to Northern Ireland. 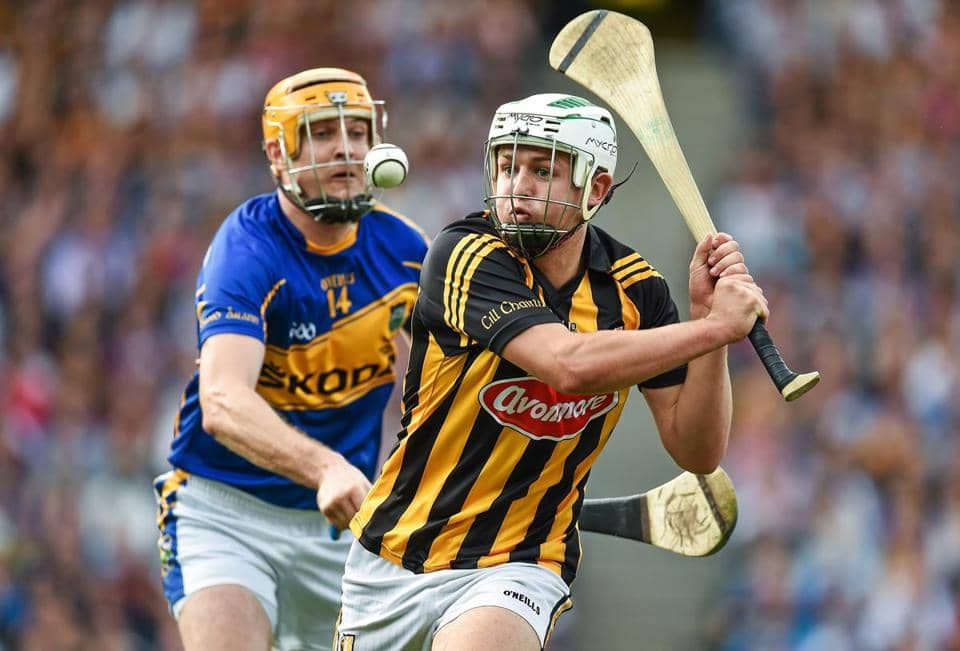 It’s like Guitar Hero brought to life. The Air guitar championship is held annually in Oulu, Finland and has been since 1996. It’s pretty straight forward, each participant pretends to play the electric guitar and as a solo. There are two rounds in this contest. In the first round, the participant chooses his or her favorite song and plays that song in the edited 60-second format. In the second round, the contestant has to play a song chosen by the organizers. 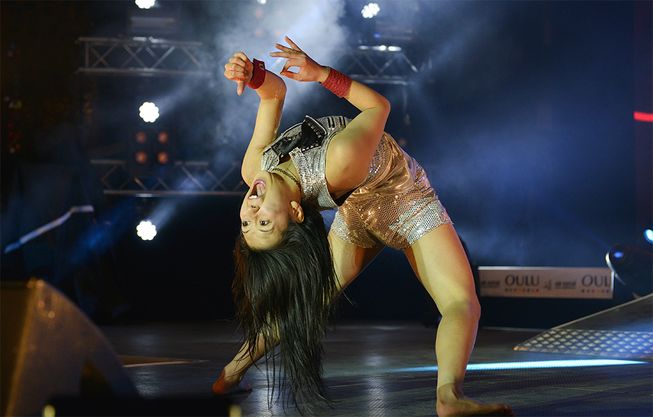 Suriname is an interesting place in South America that is home to probably the most relaxing game this side of golf that you’ve ever seen: bird chirping. Bird Chirping is a neat little game that is mostly played in the mornings at local parks and without any of the traditional fanfare of most games and sports. Citizens of Suriname who play this game will train their Twa Twa, or chirping bird, to chirp as often as possible. Competitors will put their birds facing one another in their own individual cages. Once a judge has started a round both birds will have five minutes to chirp as often as possible. Whoever chirps the most ends up winning. If you want to compete then you’ll need to buy a Twa Twa which could run you thousands of dollars. 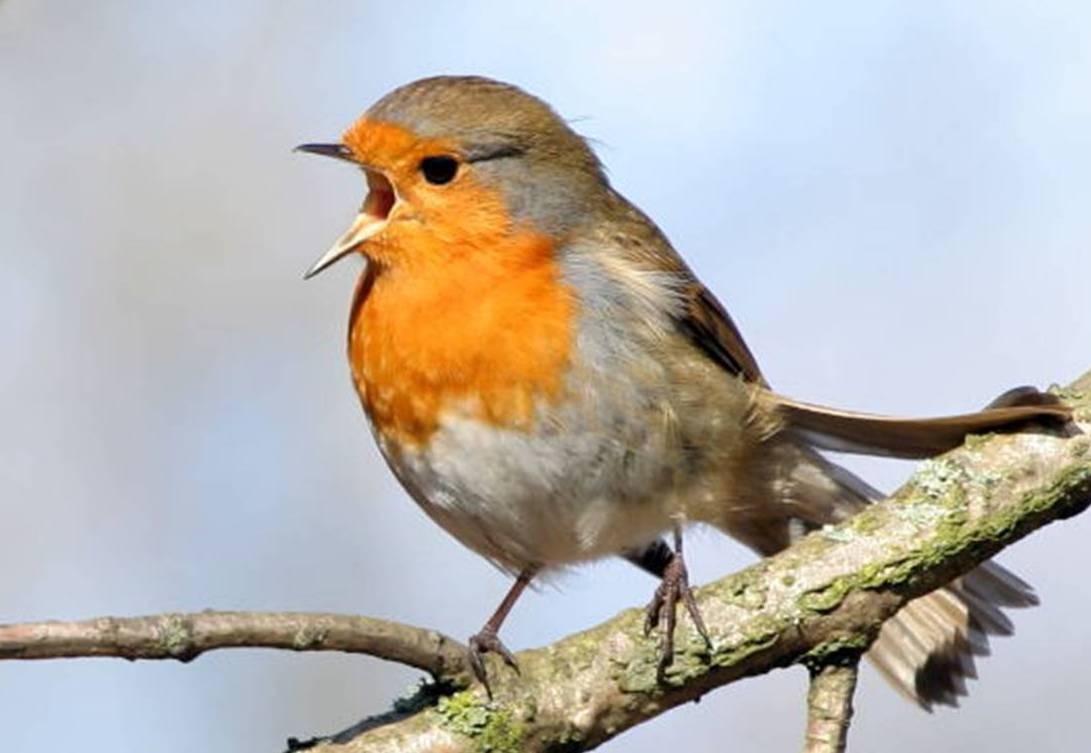