Her name’s Ronda Rousey, or you might know her as Ronda “Rowdy” Rousey perhaps. She’s an Olympic Judo champion, a UFC fighter, and sometimes, just sometimes she’s a movie star. With a 12-2 UFC fighting record, you should definitely look out for this young lady in 2019! 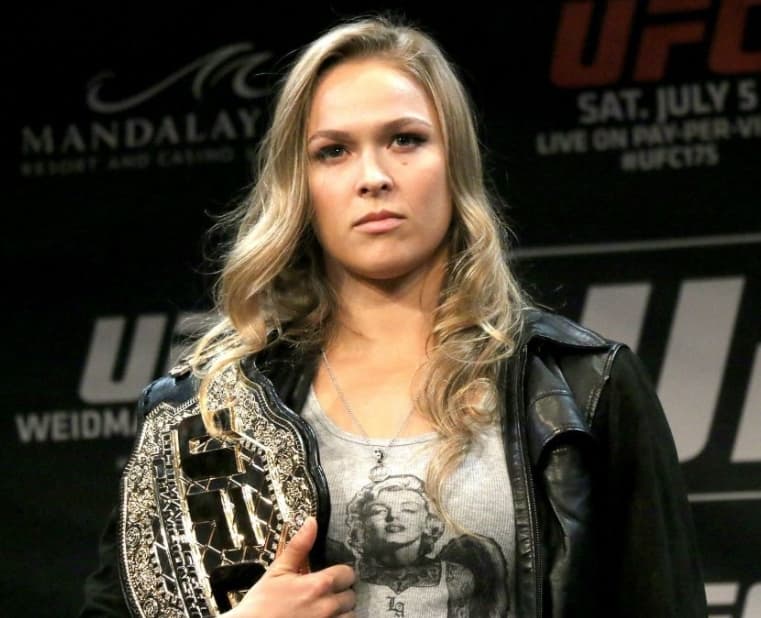 You might wonder how someone like Ronda Rousey becomes a UFC fighter. Her story of fighting started from the moment she was coming out of her mother’s womb… literally. The umbilical cord, which was supposed to serve as a lifeline for Ronda Rousey, wrapped itself around the young baby’s neck as she was supposed to come into the world. If she hadn’t been the fighting kind who knows what would have happened to her.

She lost her father to suicide when she was just 8 years old and sadly the fate she had no control over turned Ronda Rousey into an angry young girl. Her mother, AnnMaria De Mars, a former Judo champion realized that she needed to do something. She utilized Ronda’s energy and anger, and encouraged her daughter to start Judo. This would prove to be the best move she could ever have made for Ronda. This move turned Ronda Rousey into the Judo champion who won back-to-back golds at the Pan American Championships. Later she would bring home USA’s first women’s Judo medal at the Olympic Games.

Ronda Rousey Is Changing It Up

When Ronda retired from Judo at age 21 she didn’t know exactly what she wanted to do with herself. But it wouldn’t long before her calling to become a mixed martial artist came knocking on her door. She started MMA in 2010 and she started with a bang! By the end of the Strikeforce Women’s Bantamweight Championship in 2012, she’d moved to first place by beating Miesha Tate. She moved to the greater UFC arena and took every fight with a little more speed, agility and success – Ronda Rousey was quickly becoming an MMA success. In 2015 though, she took a turn when she lost her first MMA fight when she suffered a knockout delivered by Holly Holm in 2015. In 2016, reigning champion, Amanda Nunes delivered a beating that would send Rona Rousey to her second, and last-to-date UFC loss.

Ronda Rousey Into The Future

But what about 2018, isn’t that what everyone is wondering? Well apart from Hollywood asking for her appearance in more movies since she featured in The Expendables and Furious 7, she is set to dominate UFC’s female stage. She has even started talking about making a move to WWE at some point, but I don’t think we should be getting our hopes up just yet. While fighting might seem like something manly and unfeminine, Ronda Rousey strongly opposes this view. “Fighting isn’t a man’s thing, it’s a human thing. To say that it’s anti-woman is an anti-feminist statement.” Ronda has also appeared in a few exclusive (and racy) photoshoots for ESPN and Maxim magazines proving that she’s totally comfortable with who she is.

So this year, in 2018, look out for the badass, feminist, judo champion, centerfold, MMA master who’s going to set the world stage a new place for women, in and out of the ring! 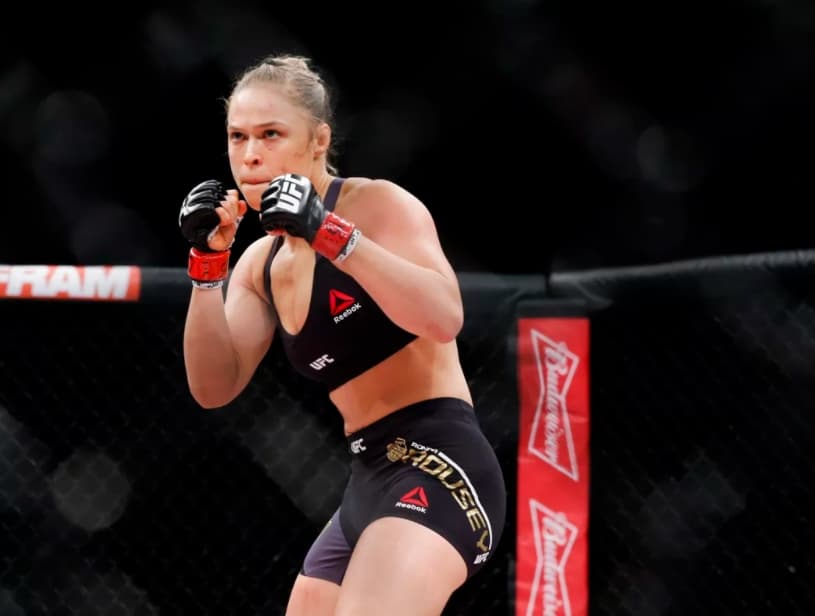 Ronda Rousey Into The Future