Major League Baseball is running at full speed around the clock, all year long. With the longest regular season in major league sports and one of the most complicated farm systems out there, it is absolutely essential that teams stock up with great talent. One way that baseball teams will bring on high profile talent is through free agency. Free agents tend to sign larger contracts and their potential to fail is higher as a result. Today we are looking at 25 free agent signings that didn’t quite live up to their billing!

2 years, $36 million. These are the numbers you pay one of the elite hitters in the game. Jones was coming off of a great run with Atlanta and the Dodgers were hoping that his prowess at the plate and in the field would push them to the next level. Unfortunately the gifted hitter struggled with injuries and as a result his numbers tanked. Was his contract basically charity? Sure, but for a moment Jones looked like the next big thing in Los Angeles. 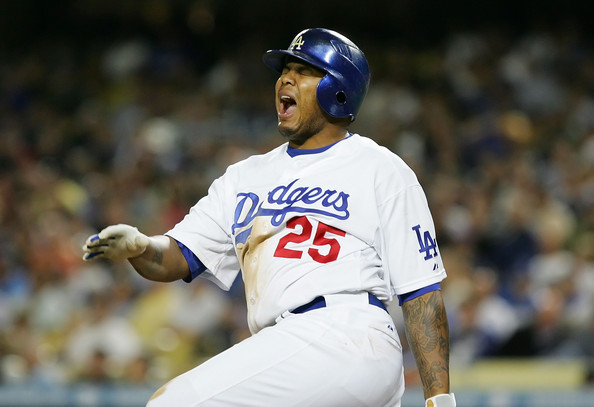 4 years, $23 million. In 1997 Hundley was considered one of the best catchers in all of baseball. By 2001 the talented player was clearly on the decline but Chicago still whipped out this huge contract. Chicago is normally a great place for the sustainable development of big league catchers (Schwarber and Montero say ‘Hey’) but Hundley just didn’t cut it. Despite being a great locker room presence his bat dwindled and his numbers nose-dived. 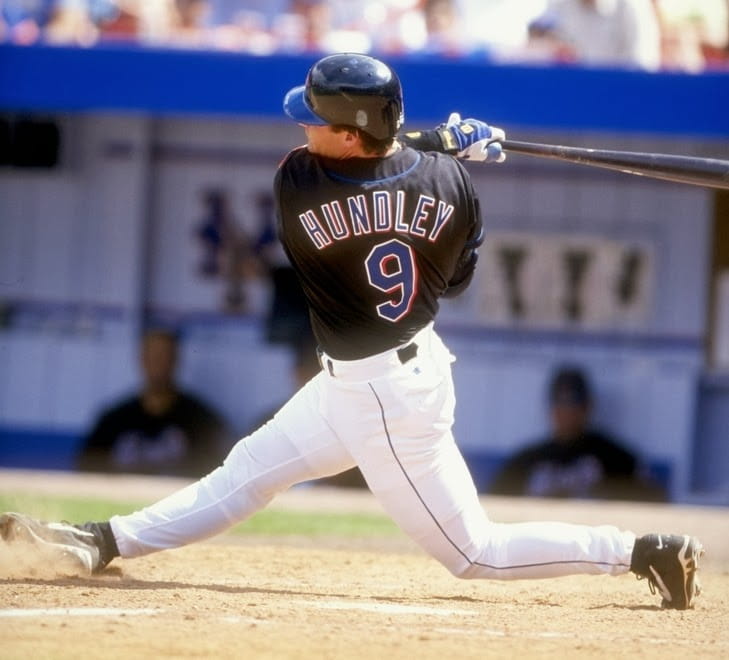 2 years, $45 million. Was there ever a personality in baseball larger than Manny Ramirez? His name strikes fear into Yankee fans thanks to his 50 homer potential back in the mid 00’s. When The Dodgers signed Manny, however, the talented slugger was clearly entering his decline. He was handed a 50 game suspension for PEDs and never quite got his swing back. You could fund environmental education classes for a year in L.A. off of his blown salary cap figures. 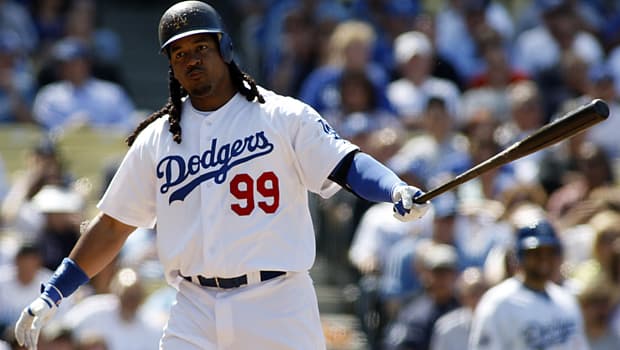 3 years, $36 million. Oliver Perez was a middle of the road starter when the Mets offered him a huge contract to be the stud of their rotation. Perez came out of the gate struggling and a bad knee injury completely sidelined his career. Unfortunately Perez would only win 3 games with an ERA of 6.81 during his tenure. 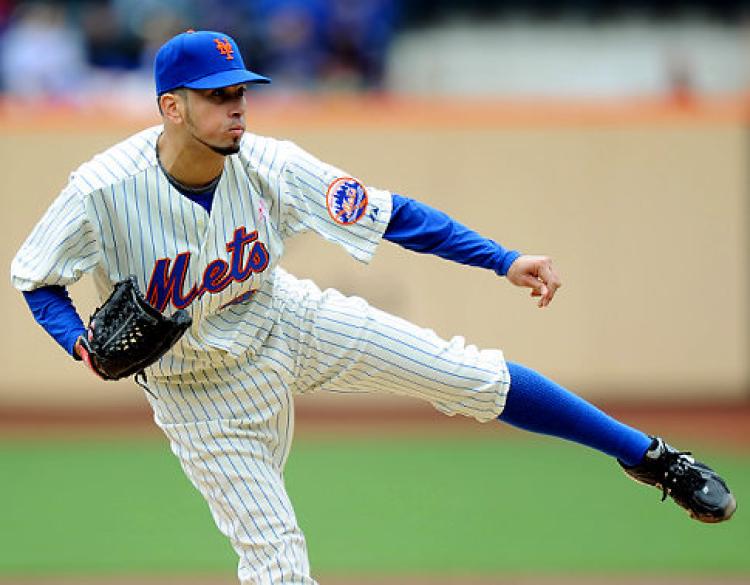 3 years, $30 million. Fast, powerful, and hot headed… Milton Bradley was the ultimate boom or bust signing for the Chicago Cubs. Chicago needed some power and speed at the top of their line up but Bradley would never quite become that guy. On air temper tantrums and fights with Manager Lou Pinella doomed Bradley’s career in Chicago after one season. 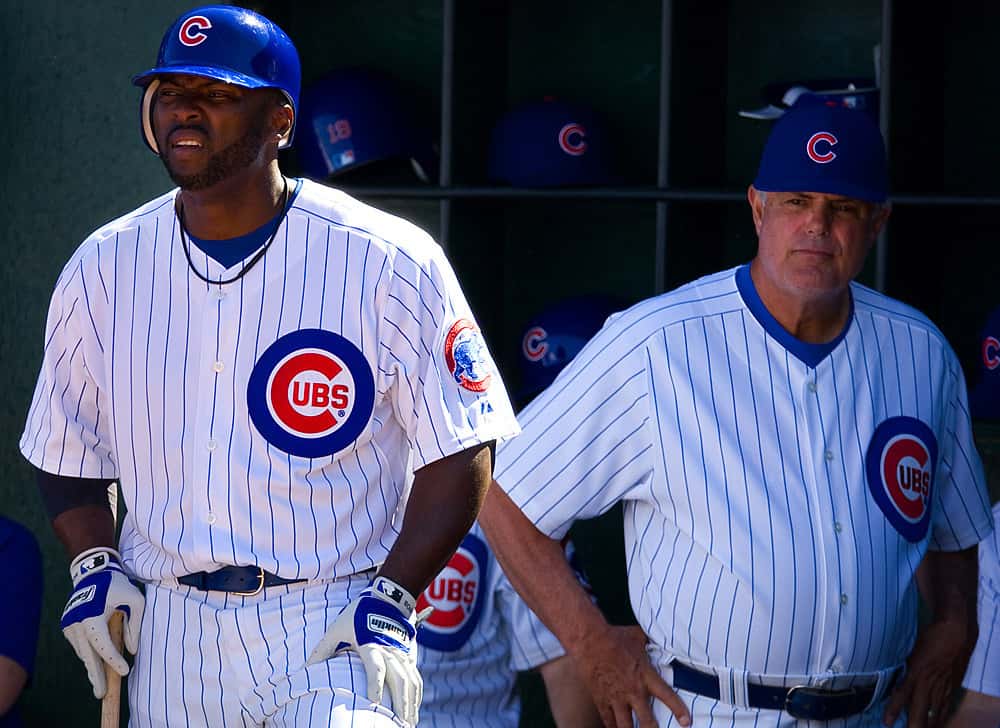 4 years, $36 million. Figgins was productive in Los Angeles as a lead off hitter with the ability to steal bases at will. Seattle decided to pay big for these talents but it would soon be for naught. Figgins seemingly lost his ability to hit for average and his confidence on the basepaths tanked. Unfortunately Figgins would be DFA’d early in his contract. 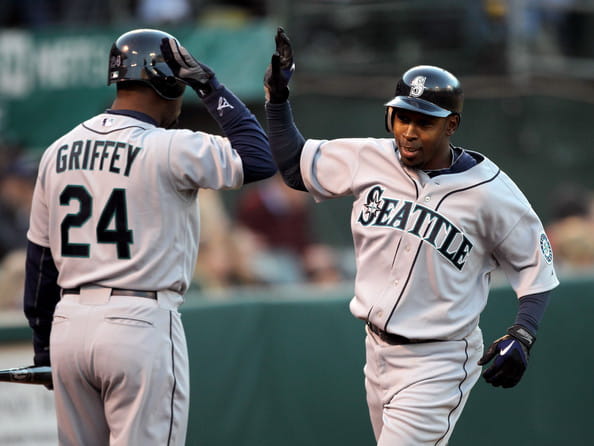 7 years, $126 million. Starting pitching is the highest paid position in all professional sports — for a reason. Barry Zito was a stud in Oakland with one of the most dominant curveballs of all time. he would sign this monstrous contract in order to join the Oakland Athletics but Zito was clearly on the decline. Zito’s K rate was cut in half and his ERA never went lower than 4.00. 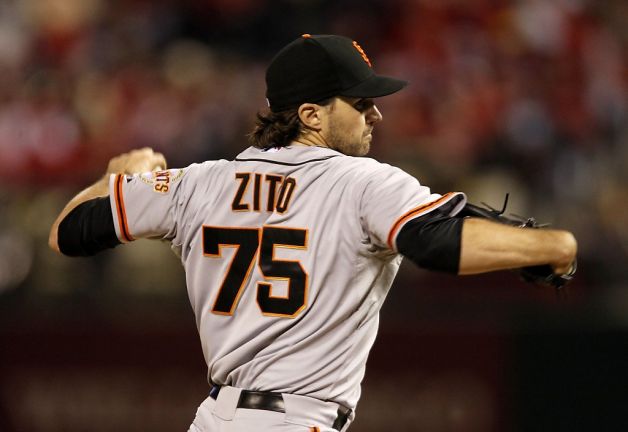 10 years, $275 million. As one of the most gifted players to ever touch the diamond, A-Rod came to New York with high expectations and an even bigger contract. Alex Rodriguez would help the Yankees to score a World Series title but constant injuries and in-house controversy kept Yankee fans from enjoying it. This signing lands her purely based on gargantuan numbers, because even now A-Rod is a Hall of Famer. 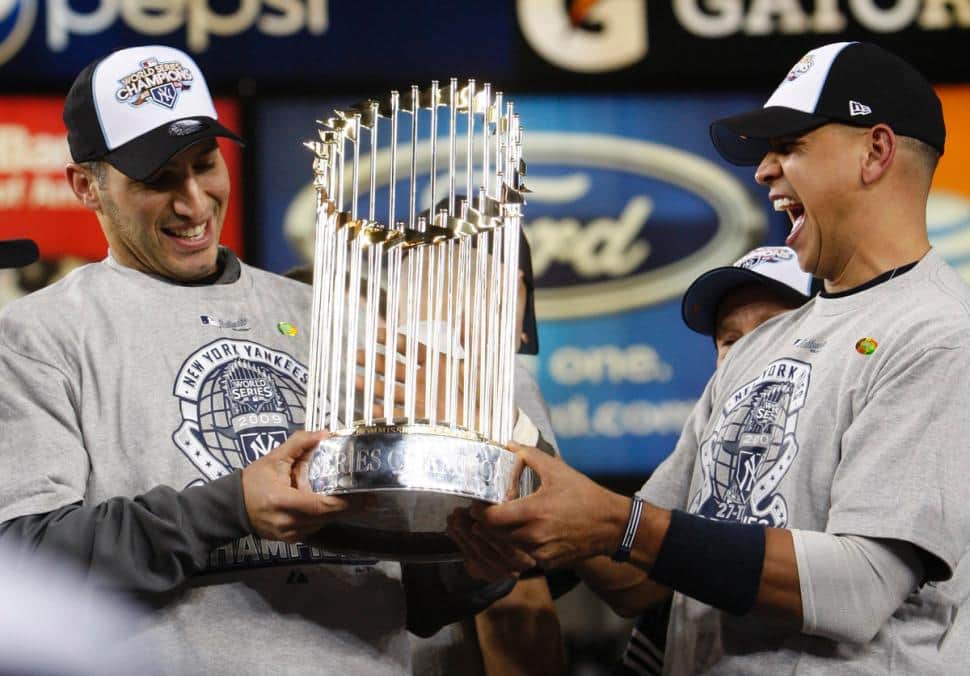 4 years, $40 million. Carl Pavano was coming off of an 18 – 8 season with a 3.00 ERA when the Yankees snatched him up. Unfortunately 2005 began Pavano’s decline and the Yankees never got their money’s worth. New York has never been one of those sustainable cities when it comes to doling out smart contracts, so we forgive them. 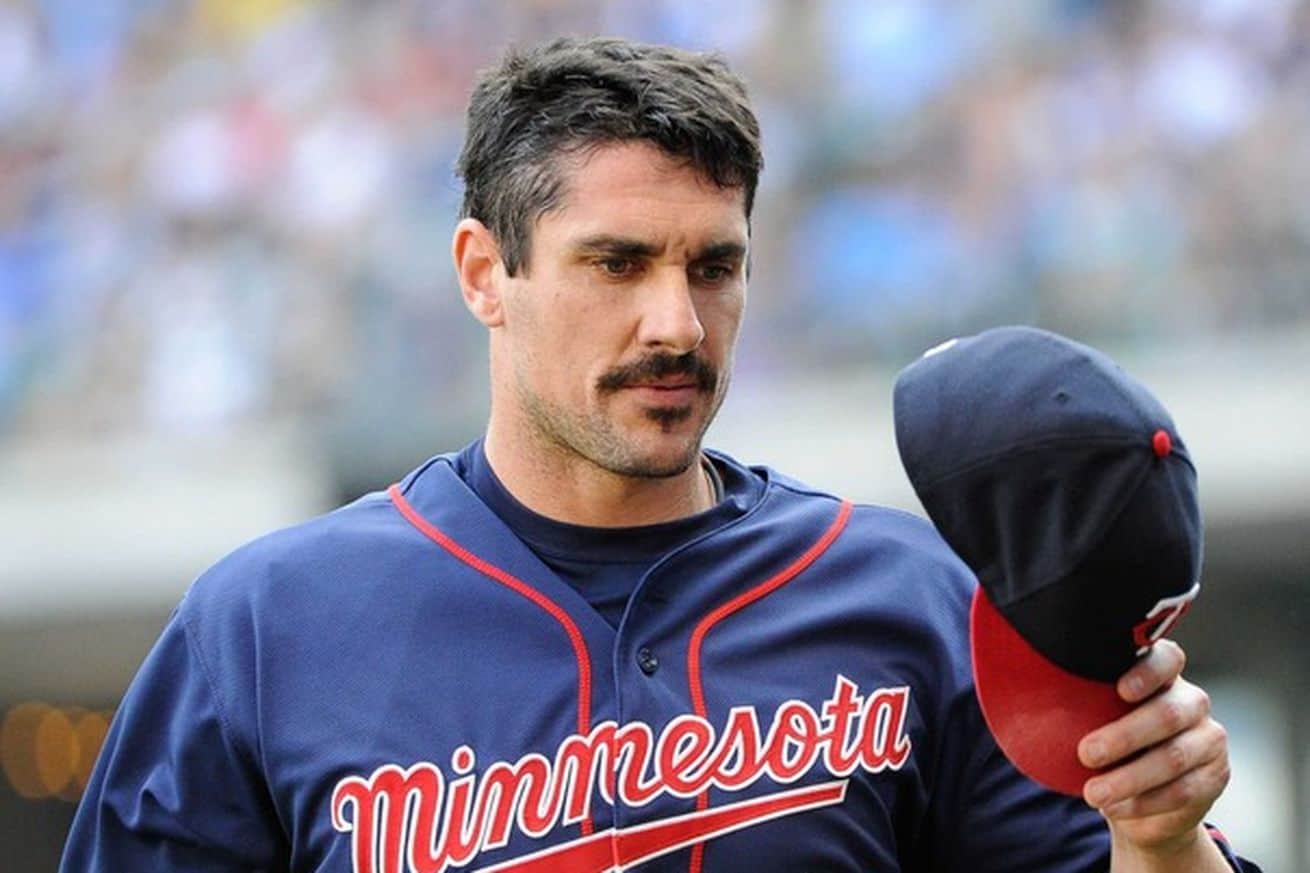 6 years, $52 million. Baseball goes crazy over Japanese prospects and Daisuke ‘Dice K’ Matsuzaka was considered the best of them. Matsuzaka was brought into Boston in 2007 on a huge deal alongside a $51 million posting fee but the Japanese ace never quite got to where he wanted. Matsuzaka would win 33 games over 6 years, helping in a single World Series run. 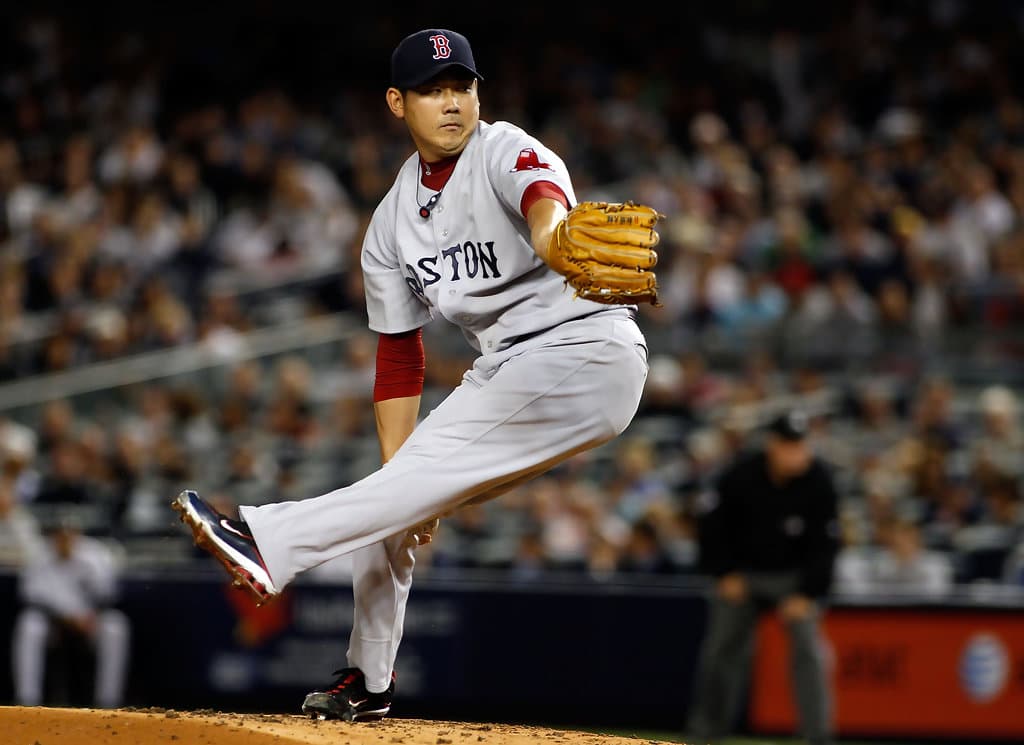 4 years, $33 million. The problem with this contract is that ti isn’t representative of Ortiz’s talent. Ortiz was a solid rotation arm throughout his career — except for his time in Arizona. Ortiz would struggle with injuries and ultimately be cut by the team. 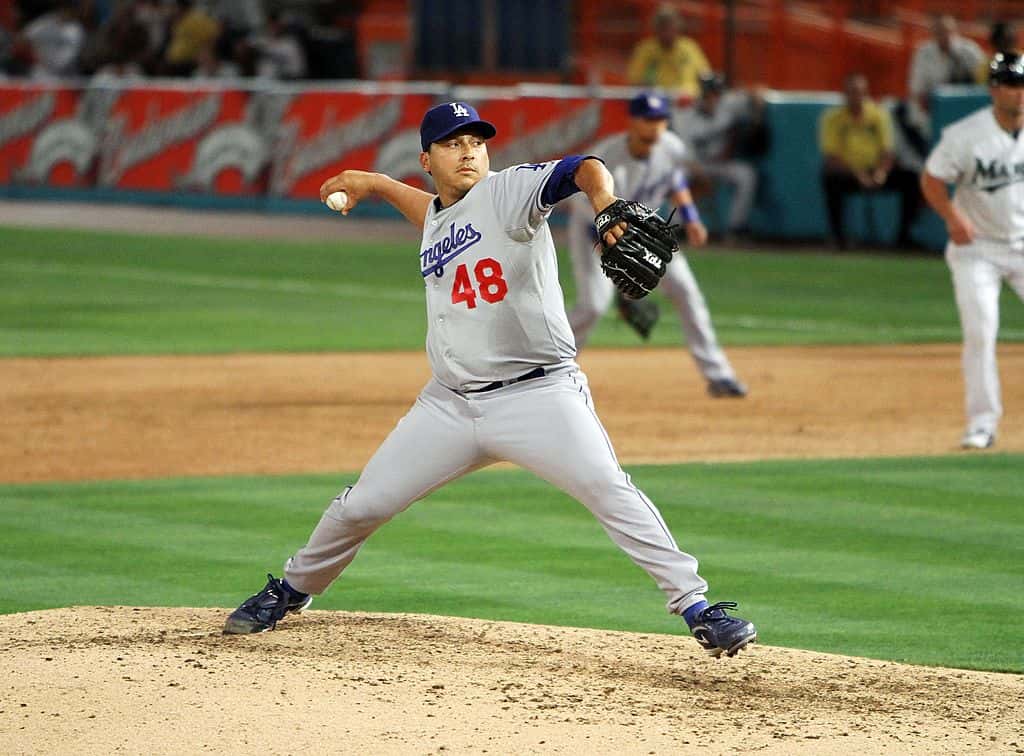 5 years, $65 million. We don’t say this lightly but Albert Belle was gifted as a power hitter. Belle averaged 32 homers and 103 RBI while still hitting for average. Unfortunately Baltimore would sign Belle right when debilitating hip injuries would start to curtail his promising career. 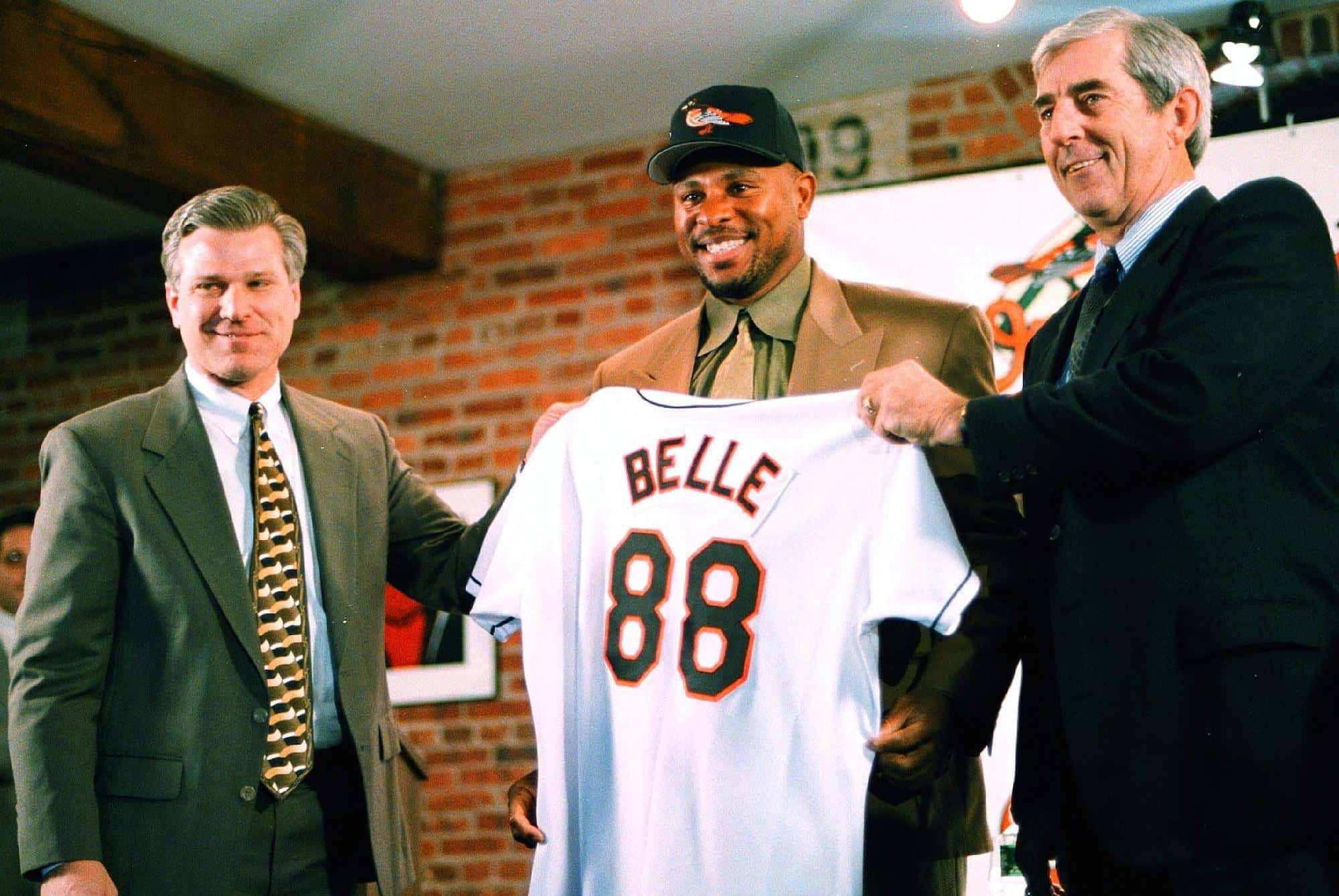 5 years, $50 million. Matthews erupted out of nowhere in 2006 to post 19 homers, 79 RBI, and a .313 average — just in time for free agency. LAA bit and signed the outfielder to a huge contract. Unfortunately Gary Matthews was named in the Mitchell Report for PED usage and his numbers tanked. 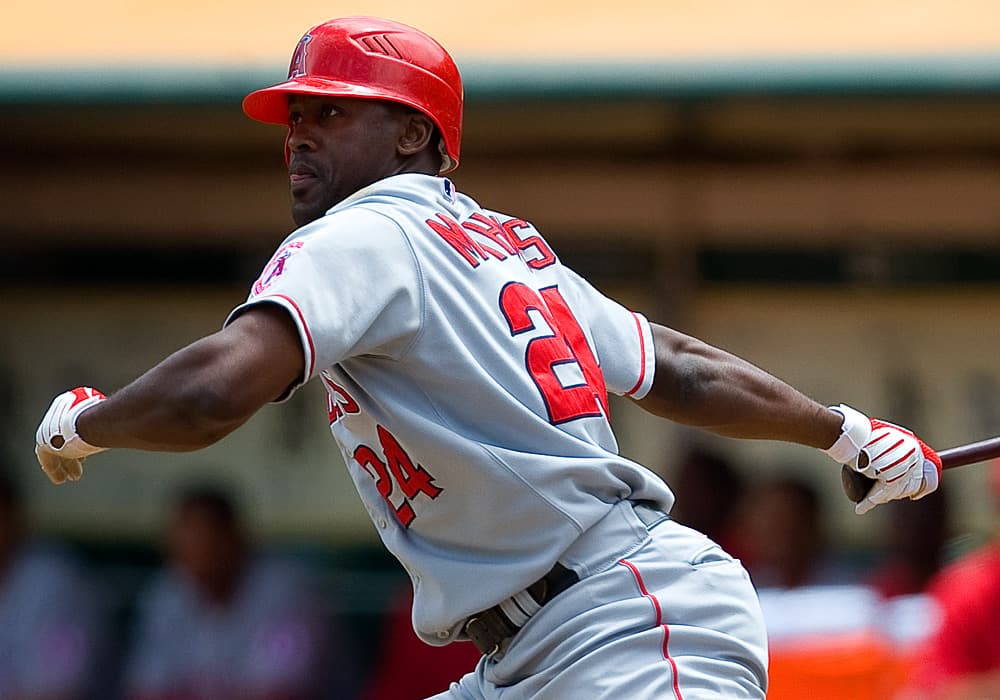 4 years, $48 million. Carlos Silva signed a huge contract with Seattle and immediately began to struggle. Silva would eventually be dealt to Chicago for…. Milton Bradley. Bradley would be awful and Silva would turn into a star with the Cubs. Just unfortunate luck for the M’s all around. 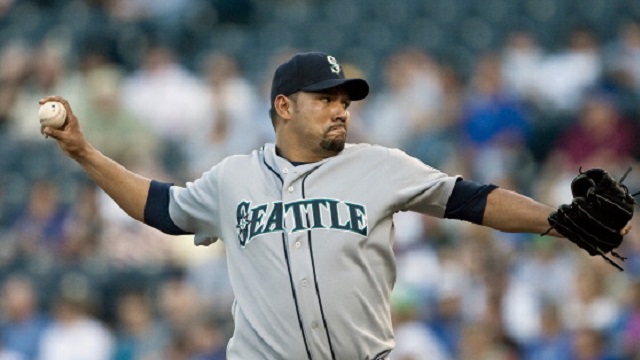 5 years, $20 million. Igawa came to New York the same season that Boston brought in Daisuke Matsuzaka. Unfortunately Igawa would struggle more than his national counterpart. Igawa would get blown out of the rotation and eventually find his way to the minor leagues. 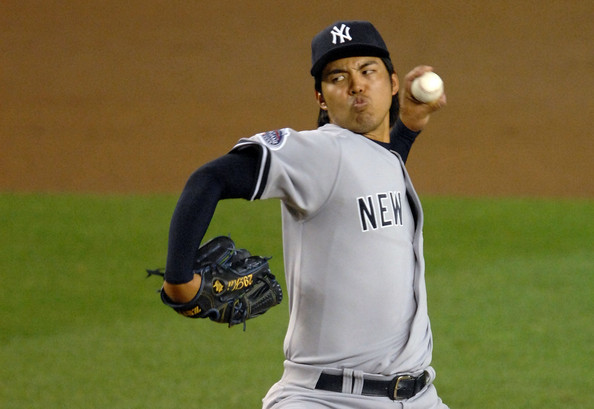 5 years, $65 million. The problem with Chan Ho Park is that he was a great pitcher before cashing out in Texas. Unfortunately elbow injuries would sideline Park long enough to completely decimate his confidence. Over fie seasons Park would post just 24 quality starts — all while being paid as a top 10 player in the game. 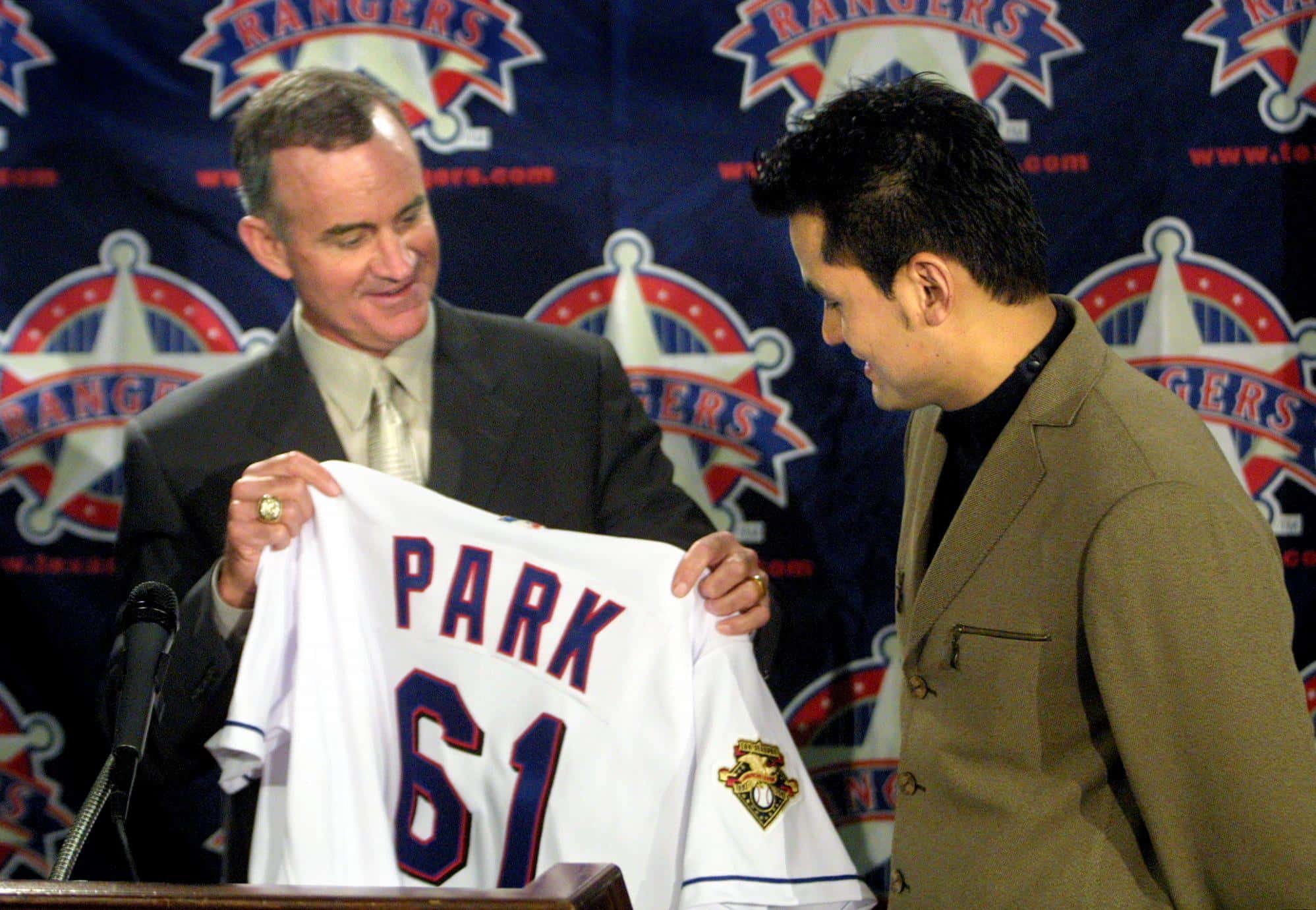 7 years, $142 million. New York and Boston have always been in a not-so-cold war and that was the driving force behind Crawford’s huge contract. At 29 years old, Boston figured they would get at least a few elite years out of Crawford. Unfortunately the speedster would lose his wheels and his Gold Glove defense would give way, also. 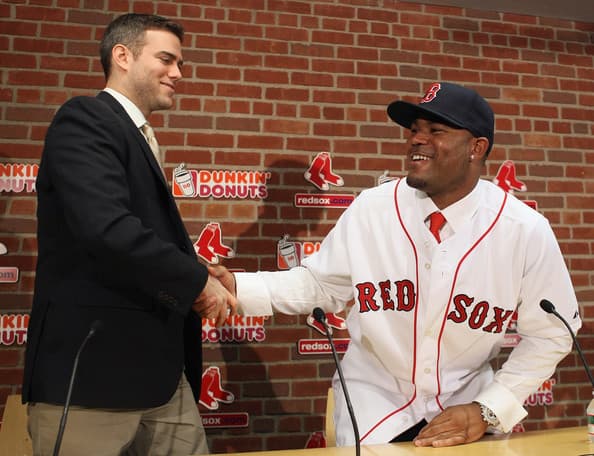 5 years, $75 million. Brother to BJ and Justin, Melvin Upton never quite lived up to the family name. Melvin Upton was a potentially prolific power hitter and that was his key to a huge contract. Sadly, Melvin would strike out substantially more often than he would get a hit. 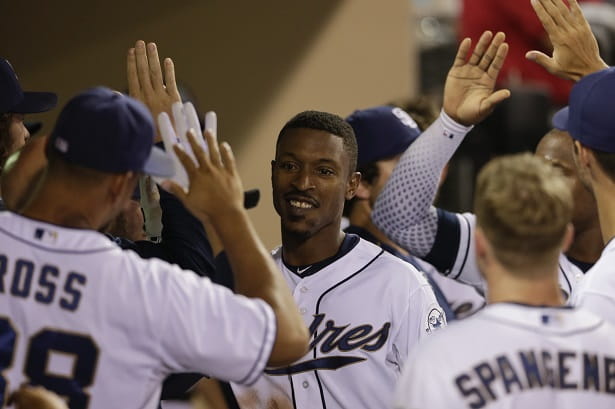 4 years, $66 million. Jason Bay, during his prime, was probably the greatest Canadian slugger that we’ve ever seen. Bay was a powerhouse in Pittsburgh and Boston and he parlayed that effort into a superstar contract in New York. Rib injuries immediately sidelined Bay and a concussion compounded problems further. He flamed out in his physical prime, leaving a ton of Met fans wondering about what could have been. 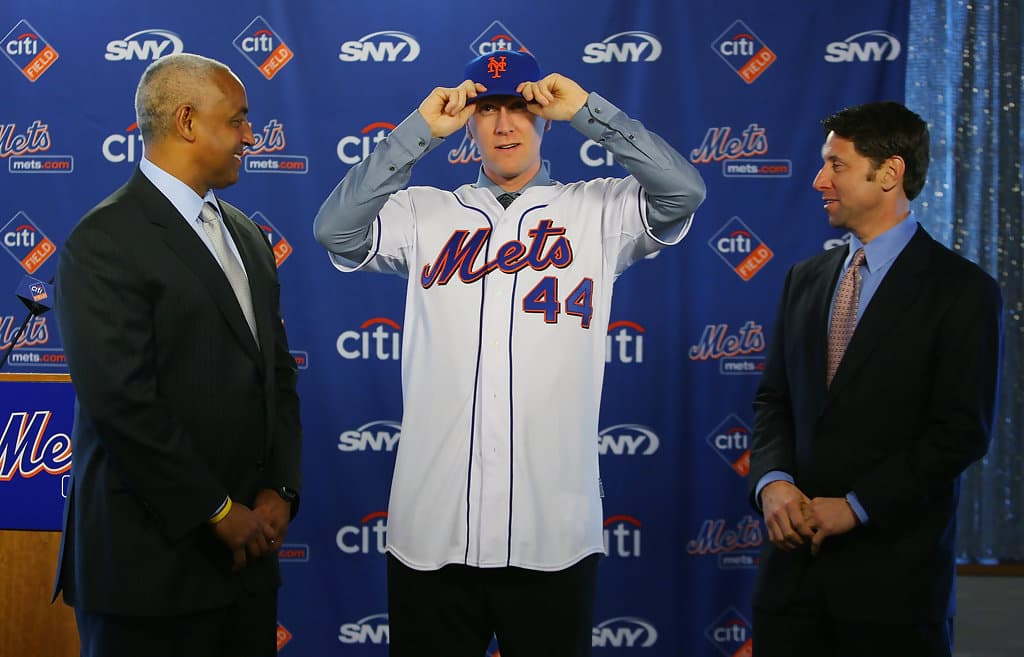 5 years, $51 million. Note to pitchers: don’t go to Colorado. Denny Neagle was an up and comer who had just won 20 games with an ERA of 2.97. That all changed in Colorado. Neagle reverted back to mediocrity, posting a 5.57 ERA during his time in Colorado. 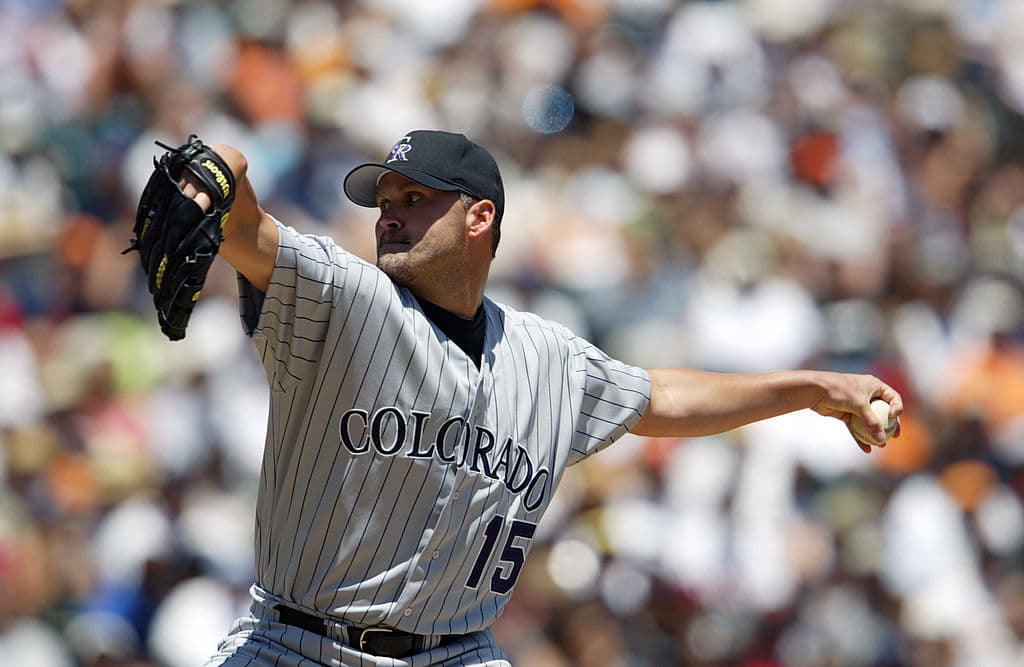 5 years, $95 million. A coveted power hitter, Pablo Sandoval demanded huge money on the market. Unfortunately after Boston signed him, Sandoval would forsake all things conditioning. His weight ballooned and his numbers dipped. 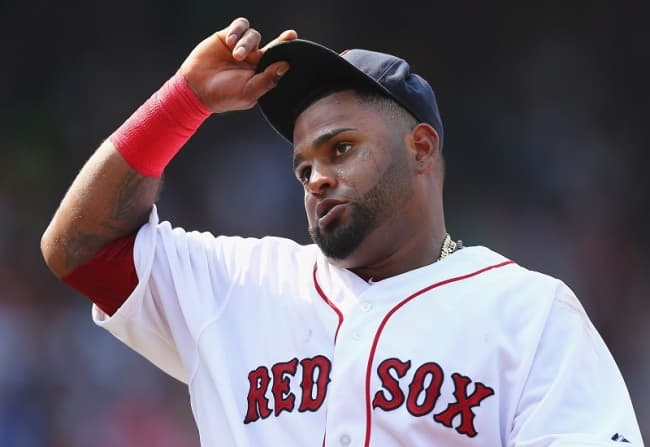 8 years, $121 million. Hampton and Neagle were supposed to bring Colorado to the next level. Unfortunately Hampton’s huge contract would never live up to itself. Hampton struggled at Coors Field with an ERA of 5.75. He wasn’t injured or old, just ineffective. 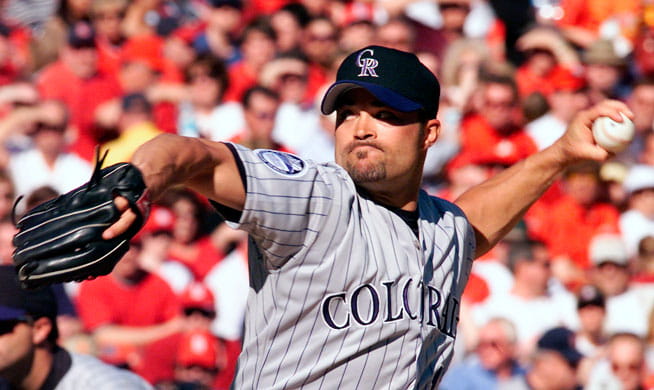 3 years, $46 million. He was a larger than life personality with a huge back and a loyal following. Then Vaughn decided to join sign a longer deal with New York and things fell apart. Vaughn had a stellar first season with New York but his playing time was cut to nil after a terrible knee injury. Vaughn would eventually retire due to this problem. 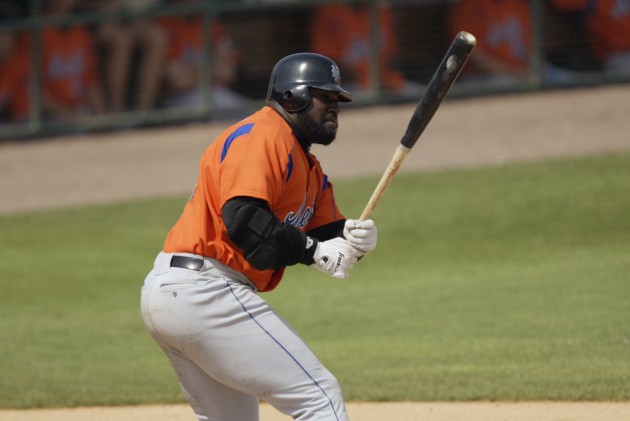 3 years, $47 million. For the majority of his career with San Francisco Schmidt was an excellent pitcher. In fact, the Dodgers saw first hand how good Schmidt could be. Los Angeles decided to pony up for the talented right hander but they would soon regret it. He gave Los Angeles 10 total starts before a nagging shoulder injury put his career on ice. 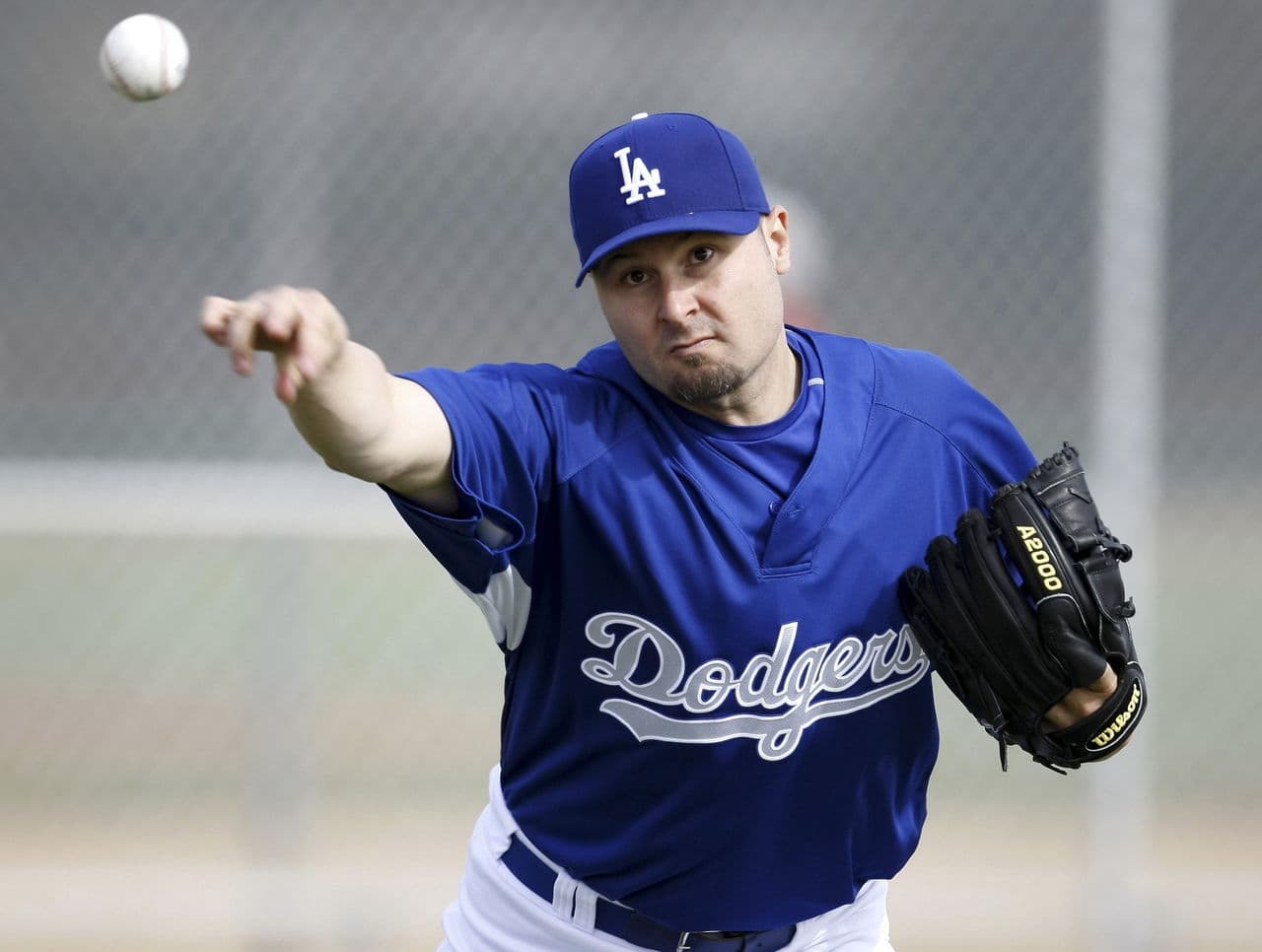 5 years, $125 million. Josh Hamilton beat drug addiction in order to become an MLB MVP for the Texas Rangers. He went to the World Series, swatted a ton of homers, and got a huge payday in Los Angeles as a result. Unfortunately Hamilton would end up relapsing into drugs, thus causing the Angels to dump him. Hamilton is currently making his MLB comeback after coming clean and fans are hopeful he can stick to it for his own sake. 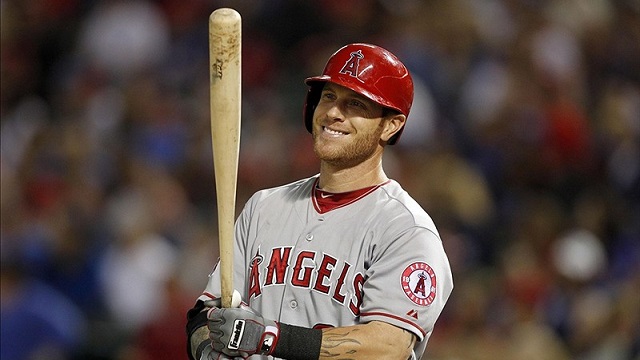